TAMPA, Fla. - Florida's new law banning abortion after 15 weeks of pregnancy has been controversial, but after the Supreme Court's overturning of Roe v. Wade, Florida could become the closest southeastern state that allows abortion and has operating clinics for women who seek one. 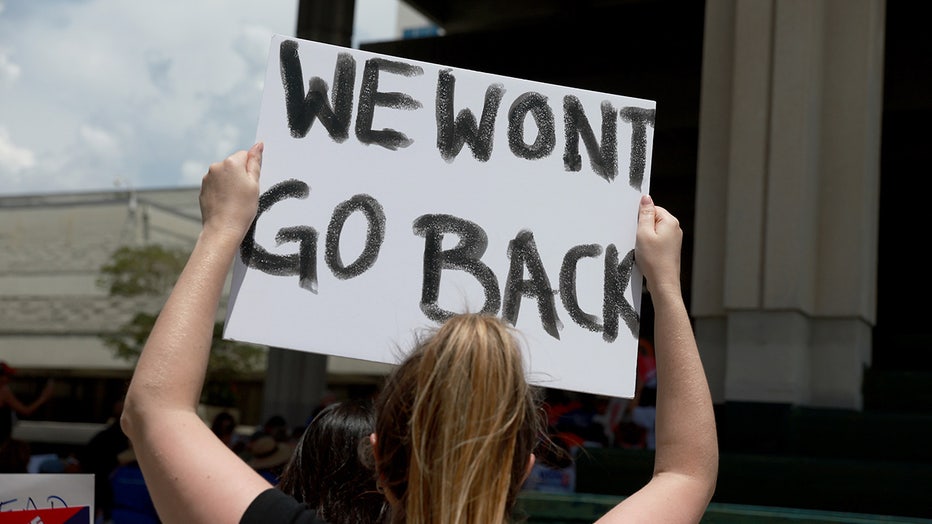 FORT LAUDERDALE, FLORIDA - MAY 07: Abortion-rights supporters rally on May 07, 2022 in Fort Lauderdale, Florida. A leaked draft opinion by Supreme Court Justice Samuel Alito has suggested that the Court is poised to overturn Roe v. Wade, the landmark

The states bordering Florida, and those which are in the closest driving distance to parts of northern Florida, are all poised to totally or nearly ban abortion now that Roe vs. Wade has been overturned. 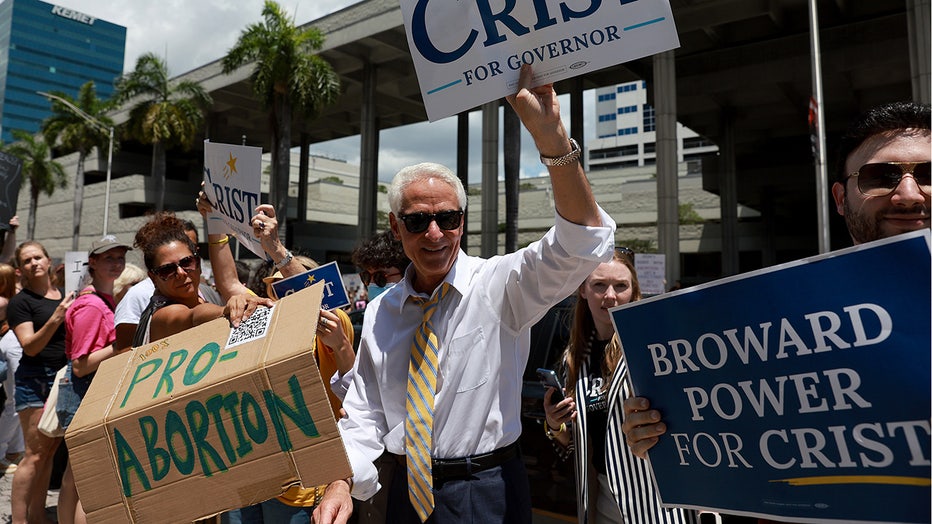 FORT LAUDERDALE, FLORIDA - MAY 14: Rep. Charlie Crist (D-FL), a candidate for Governor of Florida, joins with other abortion-rights supporters during a rally on May 14, 2022 in Fort Lauderdale, Florida. Approximately 2,500 people showed up at the ral

That means women in Georgia, Alabama, Arkansas, and even Louisiana and Mississippi could look to Florida to provide reproductive healthcare in some cases.

Georgia shares the largest portion of border with Florida and has the most uncertain outcome of the states that could rely on Florida to provide health services to pregnant women who seek abortions.

The Supreme Court’s decision to overturn Roe could put into place a Georgia law that would ban most abortions once a "detectable human heartbeat" is present, which is typically around 6 weeks of pregnancy and before many females realize they are pregnant.

In Alabama, a near-total ban on abortion was in effect before 1973 when Roe was decided. That law will go back into effect.

Additionally, Alabama’s constitution contains a clause banning abortion in the state, making it forbidden as soon as Roe was overturned.

The Mississippi law banning abortion after 15 weeks is the basis of the Supreme Court’s ruling to overturn Roe. Despite the allowance for abortions to be performed up to 15 weeks, the state’s only abortion clinic, Jackson Women’s Health Organization, has said it would close within weeks if Roe was overturned.

Abortions would still be allowed if the woman’s life is endangered by the pregnancy or if the pregnancy was caused by a rape that was reported to law enforcement, but it’s unclear where in Mississippi the procedure would be performed.

For many women in Mississippi, Florida would be the closest state with access to abortion and clinics in operation to administer one.

The same geographical situation is true for many women in Louisiana, where a trigger law is in place to make abortion illegal as soon as Roe is overturned.

The state’s constitution also bans the right to abortion.

STATE BY STATE: Where abortion will be illegal after Supreme Court Dobbs v. Jackson ruling