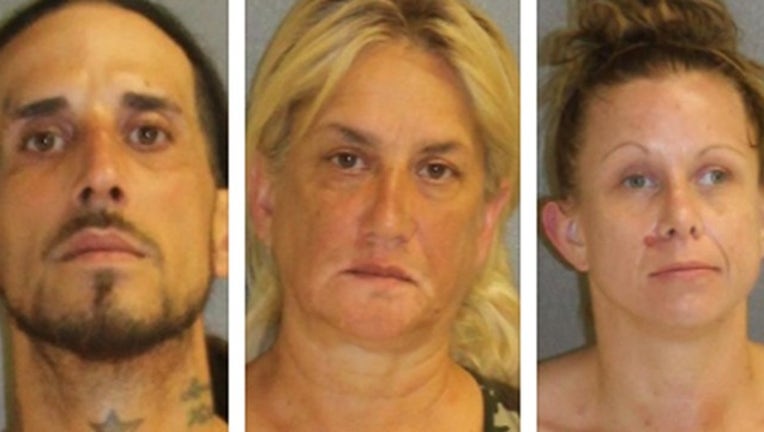 DELTONA, Fla. (FOX 35 ORLANDO) - Two residents of Deltona struck it rich in the lottery on Tuesday, but just hours later, they were behind bars.

According to the Volusia County Sheriff's Office, detectives from the Deltona Narcotics Enforcement Team executed a search warrant at the home at  2675 Howland Blvd.

Authorities said that when they arrived, Correa was found holding three bags of narcotics which tested positive for both heroin and fentanyl. While searching the home, detectives said they found additional drugs including ecstasy/MDMA, suspected Xanax, cocaine residue, and miscellaneous drug paraphernalia.

"Cruz told detectives she had just returned from Orlando where she and her son claimed their $20,000 prize for a winning scratch-off ticket," a press release from the sheriff's office stated.

All three were taken to the Volusia County Branch Jail.