What you should know after omicron case found in Tampa

TAMPA, Fla. - The James A. Haley Veterans’ Hospital in Tampa is reporting its first case of the omicron COVID-19 variant. Meanwhile, on the east coast, another patient tested positive for the new variant.

The Tampa patient has mild symptoms and recently traveled outside the U.S., a spokesperson told FOX 13.

Tampa hospital officials did not specify where the individual traveled or the patient’s age and gender. They also have not said whether the patient is vaccinated.

According to the Tampa Bay Times, a second case was confirmed Monday in St. Lucie County.

James A. Haley Veterans’ Hospital officials say veteran and their families can learn more about where to get the COVID-19 vaccine here: https://www.tampa.va.gov/services/covid-19-vaccines.asp.

The new variant was reported to the World Health Organization in late November. On December 1, the first U.S. case was confirmed. Health officials say, based on early reports, it appears to have higher transmission than the delta variant.

"Despite the increased attention of omicron, delta continues to be the main variant circulating in the United States," according to the CDC, adding they are working to monitor the spread of the omicron variant.

Dr. Marissa Levine, the director of the University of South Florida Center for Leadership in Public Health Practice is not surprised the variant is present in Florida.

"We are a very interconnected world, and as you saw, people travel," she said.

She says it appears the omicron variant's mutations make it easier to transmit, though it is still unclear how sick it makes people, whether it can get around vaccines, or if reinfections will occur more frequently. 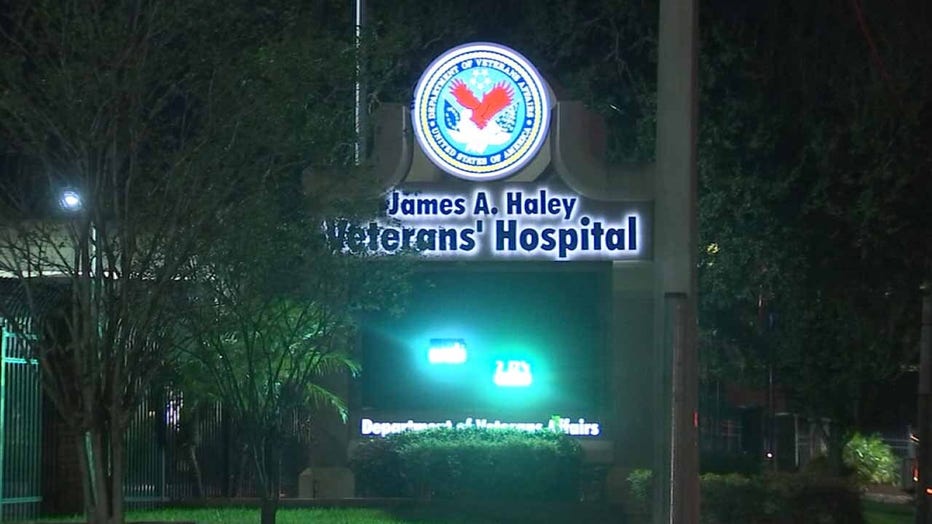 "The preliminary data demonstrates not necessarily a more serious disease," said Levine. "But we don't know that for sure because a lot of the early cases were among younger population."

That's why she says shots and boosters are even more important now.

Right now, 60% of Americans are considered fully vaccinated, with only about 24% of those having received booster doses.

"It is really ramping up our whole immune system to be able to respond," said Levine. "It might have better capability to respond to things that are different like omicron."

The key, she says, is keeping an eye on our local data, especially when it comes to hospitalizations.

"Whatever is circulating is likely going to continue to circulate," said Levine. "We need to watch very carefully to see if numbers go up, but more importantly, if hospitalizations go up, because I think that is a more reliable number at this point."