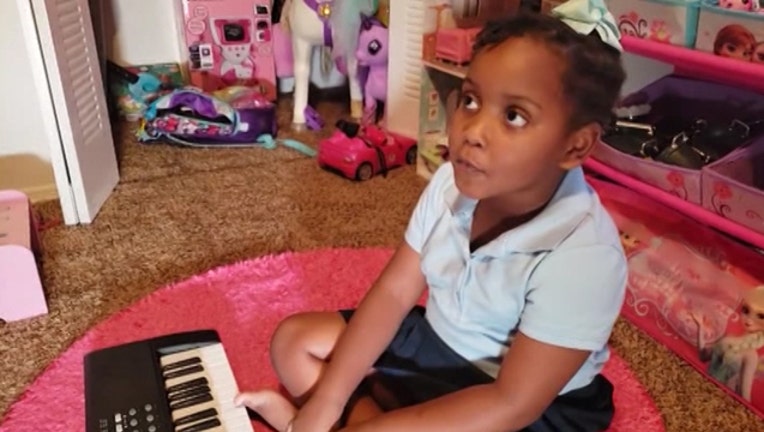 ORLANDO, Fla. (FOX 13) - Charges are being dropped against a 6-year-old girl at an Orange County, Florida school after a school resource officer arrested her and another child last week.

The chief of the Orlando Police Department said the school resource officer, Dennis Turner has been fired after he arrested and charged the children during two separate incidents. The children both faced a charge of misdemeanor battery.

The Florida State Attorney in Orlando, Aramis Ayala announced Monday the charges against both children would be dropped, but an administrative matter was preventing her from immediately dropping the charges against the little boy, who is also 6 years old.

"When it comes to little elementary-aged children we will not negotiate justice, ever," Ayala said. "Unlike some, I will not presume guilt or dangerousness of a child based upon any demographic."

The state attorney added she was looking into permanently removing the arrests from the children's records.

The grandmother of the younger child, Kia, told WKMG Orlando she was outraged when she heard her granddaughter was arrested at school.

Kia was arrested at Lucious & Emma Nixon Academy Charter School. Kia, who suffers from sleep apnea and was tired, acted out during class, according to Kirkland. Her actions allegedly resulted in her arrest by the SRO.

A statement from the law firm representing the school says the officer arrested the children "despite the principal's request not to do so."

"The School will continue to work closely with Orange County Public Schools to provide support to the child, and is cooperating with law enforcement investigators regarding the incident," the law firm said.

The circumstances of the arrest of the 6-year-old boy were not provided.

According to FOX 35 WOFL in Orlando, the officer is now the subject of an internal affairs investigation stemming from the arrests.

OPD said department policy says a watch commander has to approve the arrest of any person under the age of 12, which was not obtained in this case.

Investigators said the little boy was processed through the juvenile assessment center and released to a family member a short time later.

Kia was released from custody and returned to the school before being processed at the juvenile assessment center, OPD said.