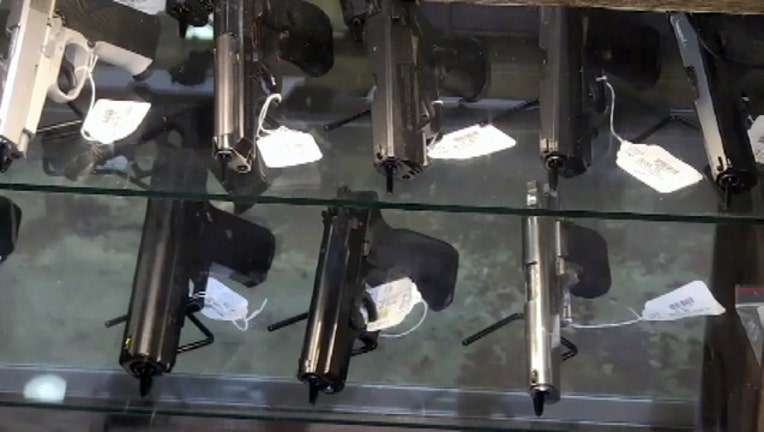 TALLAHASSEE, Fla. (AP) - A change to the state's “stand your ground” self-defense law is heading to Gov. Rick Scott after the Senate agreed late Friday to go along with a House proposal.

The House and Senate both wanted to change the law but had clashed on a legal issue in the bill (SB 128).

But with time running out in the legislative session Friday, the Senate voted 22-14 --- with Tallahassee Democrat Bill Montford joining Republicans in support --- to accept the House proposal.

The move came in exchange for getting the House to accept the Senate's more far-reaching language on a separate measure (SB 436) dealing with religious expression in public schools.

“I thought that it was a reasonable resolution to both matters, and they're both constitutional issues,” said Sen. Rob Bradley, a Fleming Island Republican who sponsored the “stand your ground” bill. “And we wrapped it all up in a bow, and we resolved them both in a satisfactory manner.”

The overall issue stems from a Florida Supreme Court ruling in 2015 that said defendants have the burden of proof to show they should be shielded from prosecution under the "stand your ground" law.

In "stand your ground" cases, pre-trial evidentiary hearings are held to determine whether defendants should be immune from prosecution.

While the House and Senate broadly supported the idea of shifting the burden of proof from defendants to prosecutors in the pre-trial hearings, they differed on a legal standard.

The House proposal said prosecutors in pre-trial “stand your ground” hearings would have to overcome the asserted immunity sought by defendants through "clear and convincing evidence." The Senate fought for a higher standard of proof, known as "beyond a reasonable doubt.

The two chambers needed to reach agreement by Friday, the final scheduled day of the annual legislative session. Lawmakers will meet again Monday to vote on budget-related issues but will not take up other matters.

In the end, , the Senate agreed to go along with the “clear and convincing evidence” standard.

Proponents of the bill, which had support from groups such as the National Rifle Association, said shifting the burden of proof would better protect the rights of defendants. But critics argued, in part, that the change would lead to cases ending before all the facts are revealed.

“If you talk to prosecutors, they're already gearing up just in case we pass this bill to expend significant amount of resources, in literally every single case where there is violent activity, where they (defendants) can raise this at the pre-trial stage and force the prosecutors to basically put on a trial at the pre-trial stage,” Rodriguez said.