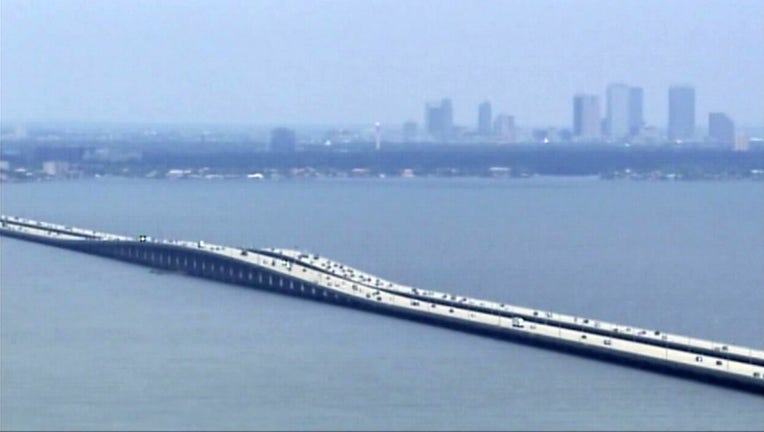 TALLAHASSEE, Fla. - Further acknowledging that climate change is a growing concern in his state, Florida Gov. Ron DeSantis has signed into law a measure requiring public coastal construction projects to first be reviewed for impacts on the state's fragile seashore because of rising sea levels.

The signing was hailed by environmentalists as an important step in addressing the encroaching ocean in a state with more than 1,300 miles of shoreline and where two-thirds of the 22 million residents live along the coast.

The bill was one of 28 signed into law by DeSantis late Monday, including one that undoes a ban on sunscreen imposed by Key West. The ban was meant to protect fragile coral reefs from the possibly harmful chemicals contained in sun-blocking creams.

DeSantis has tried to cast himself as a champion of the environment, particularly in his support of Everglades restoration and controlling algae blooms that have mucked up rivers, lakes and coastal waters.

But environmentalists have been pushing the governor to act more aggressively in the arena of climate change by supporting alternative energy and reducing the state's reliance on carbon fuels that contribute to climate change.

The bipartisan bill DeSantis signed on coastal construction is limited to public projects that rely on state money.

Under the new law, public construction projects would have to take into account rising sea levels, flooding and the potential for damage to increasingly fragile coasts.

“The delicate relationship between our coastal communities and the environment requires that our Legislature take meaningful steps to ensure that coastal construction be completed with an understanding of sea level rise and an appreciation for protecting our natural resources," said state Rep. Vance Aloupis, a Miami Republican who got his party behind the measure.

In the Senate, the effort was led by Sen. Jose Javier Rodriguez, a Miami Democrat who has been wearing rain boots during recent legislative sessions to bring attention to climate change.

“In a state where more than two-thirds of the population lives near the coast, requiring planning when state taxpayer dollars are spent on infrastructure in the coastal zone is a necessary and long overdue initial step in addressing the impacts of climate,” Rodriguez said.

Rodriguez has said the measure is another baby step in a political climate that has made it challenging to take quick action on climate change. Environmentalists have called on the governor and the Republican-led Legislature to move more urgently.

A legislative analysis estimated that property values in Florida could sink by more than $300 billion by the end of this century because of rising sea levels.

Last year, the governor appointed a chief resiliency officer to help lead his administration in addressing climate change, but that official left earlier this year for a job with the Trump administration and the vacant position has not been filled.

A new online tool called Flood Factor launched Monday. It's created by a nonprofit organization called First Street Foundation and is meant to give American homeowners a better idea of how vulnerable their property is.

On the matter of sunscreen, skin cancer ad coral reefs, DeSantis landed on the side of sun worshipers who the governor has now given tacit approval to slather away.

Some lawmakers expressed doubt in some studies that concluded that sunscreens containing oxybenzone or octinoxate do harm to coral. More persuasive, they said were the health risks posed by the sun to unprotected skin. There is indisputable evidence, they noted, that direct exposure to the sun's rays increases the risk of developing skin cancer.

Opponents of the bill asserted that there were products less harmful to the environment, including Zinc-based creams. And they argued that the measure was a preemption of local authority by a Legislature that shouldn't be meddling in local affairs.

Key West is a popular destination among fishermen. Snorkelers and scuba divers are also drawn to the reefs anchored offshore.

The ordinance was set to go into effect on Jan. 1 of next year, but has now been preempted with the governor's signature.

Key West wouldn't be the first place to ban sunscreen. Hawaii, the U.S. Virgin Islands, the Caribbean island of Bonaire and the archipelago nation of Palau in the western Pacific have all enacted sunscreen bans.

Drug store chain CVS announced in August that it will remove the chemicals from 60 of its store brand sunscreen products, and it and other companies are now marketing mineral-based “reef safe” sunscreen.