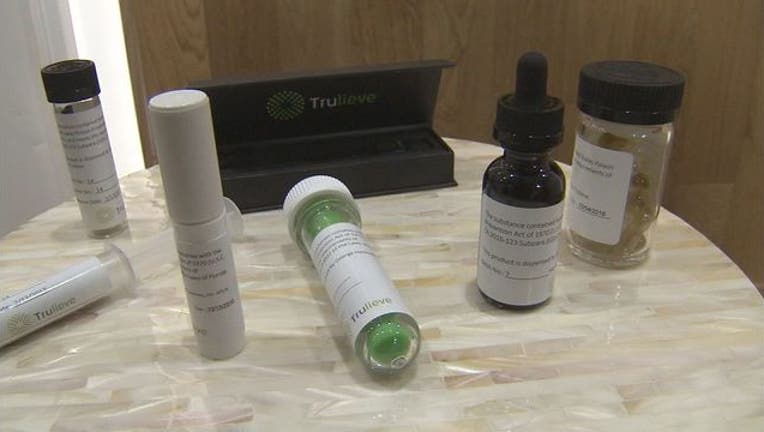 TAMPA (NSF) - Stunning even some of the proposal's most avid supporters, Florida voters Tuesday overwhelmingly approved a constitutional amendment legalizing medical marijuana for patients with a broad swath of conditions.

Amendment 2, "Use of Marijuana for Debilitating Medical Conditions," received at least 70 percent of the vote, far greater than the 60 percent required for passage of constitutional amendments in Florida.

While Florida was one of several states with marijuana-related proposals on the ballot Tuesday, pot reform proponents believed the success or failure of the Sunshine State's constitutional amendment was critically important for legalization efforts nationwide. Two dozen other states have already legalized medical marijuana.

The clear support for Amendment 2 could make Orlando trial lawyer John Morgan one of Florida's biggest election winners. He and his law firm have spent more than $6.5 million on the effort to legalize marijuana in Florida over the past two years.

Tuesday's victory came after voters narrowly rejected a similar effort in 2014, but the politics --- and presence --- of pot in Florida have changed dramatically since then.

"It's a gigantic victory because hundreds and hundreds of thousands of sick and suffering Floridians will be able to see the benefit of this law very, very soon," Ben Pollara, campaign manager of the political committee supporting the amendment, said in a telephone interview shortly after the polls closed Tuesday night.

Florida is home to an estimated 500,000 patients who would be eligible for the treatment, making it the second-largest market in the country.

The expansion will be a lucrative boost for businesses already growing, processing and distributing cannabis in Florida and will almost certainly spur even more competition for highly sought-after dispensing organization licenses, now limited to a handful of businesses chosen by state health officials last year.

Opponents of the measure immediately said they would take their fight to the Legislature, which is responsible for implementing the amendment.

In a statement, the "Vote No on 2" campaign said the group planned to ask lawmakers to ban pot candy, put a limit on THC levels, more tightly define what "debilitating conditions" would make patients eligible for the treatment, and ensure that local communities can regulate and ban marijuana dispensaries that critics call "pot shops."

While the 2014 initiative failed, it did open the door for pot in Florida.

Partly to fend off the 2014 pot proposal, Florida lawmakers that year authorized non-euphoric marijuana for patients with epilepsy, chronic muscle spasms or cancer. The 2014 law also set up a regulatory structure for the marijuana industry. The Legislature this year expanded the law to allow full-strength marijuana for terminally ill patients.

But supporters of Amendment 2 say the current Florida law does nothing for a host of severely ill patients who could benefit from the treatment.

A more Democratic-leaning voter turnout in the presidential election year was anticipated to give the constitutional proposal an additional boost Tuesday.

Some of the same opponents who helped kill the measure two years ago again contributed to the "No on 2" campaign in an effort to replicate their success. Critics insisted the provision giving doctors leeway to recommend the treatment for unspecified illnesses would amount to "de facto legalization" of pot.

But recent polls showed tremendous support for legalization of medical marijuana, and financing for the opposition crawled to a halt in recent weeks.

Opponents of the measure also warned Floridians that, according to a Department of Health estimate, about 2,000 "pot shops" could sprout up throughout the state, if the proposal passed.

In anticipation of November's election, local governments around Florida have been considering ordinances that would restrict where the dispensaries can be located.

Morgan --- who, with his law firm, contributed more than half of the $12.5 million raised by the political committee backing the Florida proposals since 2013 --- maintains that the marijuana industry will almost certainly have a positive economic impact on the state and will result in job creation.

Morgan is a devout believer in the use of marijuana as a far safer treatment option for sick individuals than prescription drugs, which result in thousands of deaths each year nationwide.

"This is not a pharmaceutical and guess what? Thank God it's not. Man made opioids. God made pot. I'm going to go with God every single time when it comes to me. And by the way, marijuana has never killed one person," Morgan said during a recent debate.