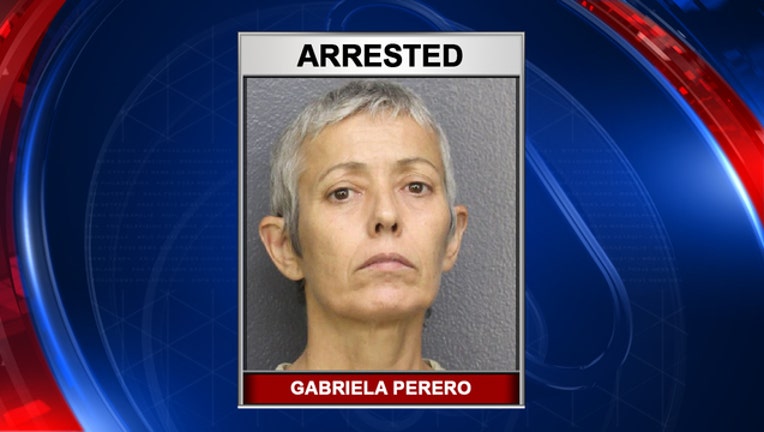 FORT LAUDERDALE, Fla. (AP) - A Florida woman is accused of beating her 85-year-old mother to death after learning she wouldn't be receiving an inheritance from her.

After Luisa Perero died from her injuries, police charged her daughter Gabriela Perero, 53, with premeditated murder and aggravated battery on a person over 65. She was denied bond on Monday.

Gabriela Perero told investigators she'd become enraged after learning that her siblings would receive an inheritance and she would not, even though she'd been taking care of their mother, the SunSentinel reported.

According to an arrest report, Perero told her mother, "You destroyed my life, so I'm going to destroy you."

Perero told detectives she pushed her mother to the floor on July 12, grabbed her by the arms and "ripped her skin off." She said she also grabbed the woman's neck with both hands and squeezed, the report said.

Then she cleaned her mother up, put her in bed and called 911, the report said. The mother died the next day at a hospital.

Before her mother died, Perero told detectives, "I guess I'm going to jail... I beat up my mom." She also said she didn't want her mother to die.

The arrest report said Luisa Perero endured a brain bleed, had lacerations on her arms and the back of her head and was in a coma and on life support while at the hospital.

No attorney is listed on jail records.