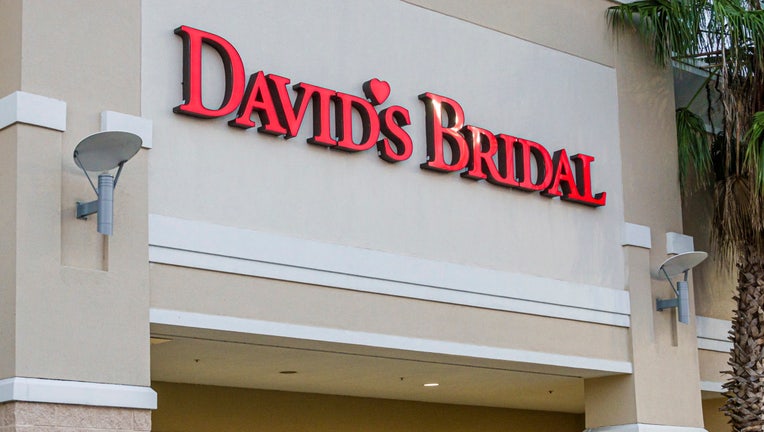 ST. PETERSBURG, Fla. - A Bay Area woman has filed a class-action lawsuit against David's Bridal, claiming the store has bombarded her with dozens of text messages -- even though she's never shopped there.

Cheri Aul's attorneys filed the lawsuit in Pinellas County against the wedding formal wear retailer back in September.

According to the complaint, Aul -- who had recently gotten a new cell phone number, began to receive automated text messages from David's Bridal. The company sent at least 50 text messages to Aul's cell phone from April 2021 to September 2021, even though she said she never gave them permission to send her messages.

Court records show that each time Aul received an automated text, she would reply "STOP" to a different number as instructed by the store's "How to unsubscribe" website, and would even receive confirmation messages each time that said she had opted out. Nevertheless, the lawsuit said the unwanted texts just kept coming -- prompting her to call an attorney.

The class-action lawsuit filed asks for $500 in damages for every unsolicited text sent by David's Bridal to every person in Florida.

Attorneys argue the texts, which are sent by automatic dialing devices, are illegal thanks to the new Florida Telephone Solicitation Act, or FTSA, that does not allow telemarketers to use such technology without written permission. 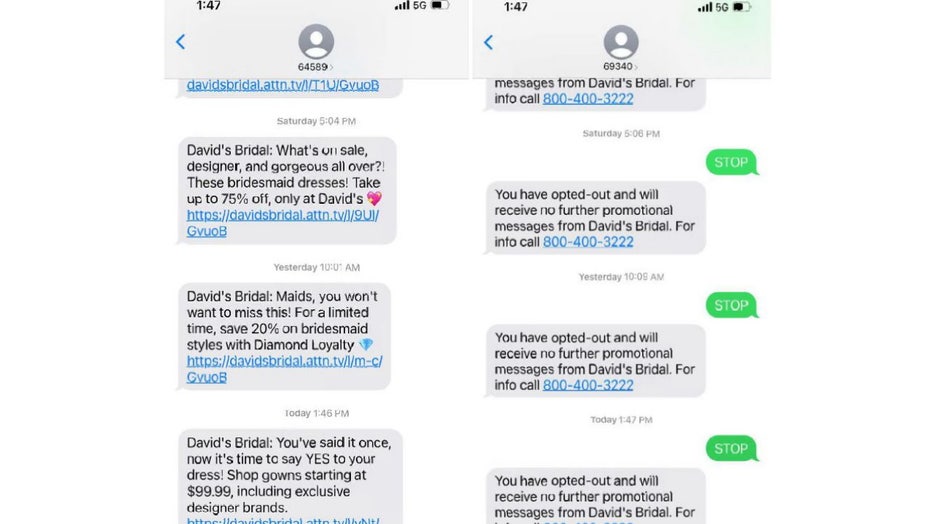 Some of the texts, as seen in the lawsuit filed in Pinellas County court records.

However, lawyers for David's Bridal responded to the complaint in mid-January, filing a motion to dismiss the lawsuit by arguing that Florida's new law is unconstitutional by violating the First Amendment. They wrote that the FTSA "singles out one specific type of speech - a 'telephonic sales call' regarding 'consumer goods or services' - for unique treatment, burdening this type of speech based on the content alone."

Additionally, David's Bridal said whoever had Aul's phone number previously had consented to receive their text messages, and that they did not know that person had relinquished their number -- which was eventually reassigned to Aul.

RELATED: Gas prices rising: When we could be paying $4 a gallon

Further, they argued that Aul did not actually follow the proper unsubscribe procedures.

"While most people would simply text 'STOP' to cease these messages, Plaintiff did not do so," defense attorneys wrote. "Instead, she communicated with a different David's Bridal number, immediately took screenshots of those communications, then turned around and sued David's Bridal for allegedly invading her privacy rights."

A hearing before a Pinellas circuit judge is scheduled for April 22, 2022.