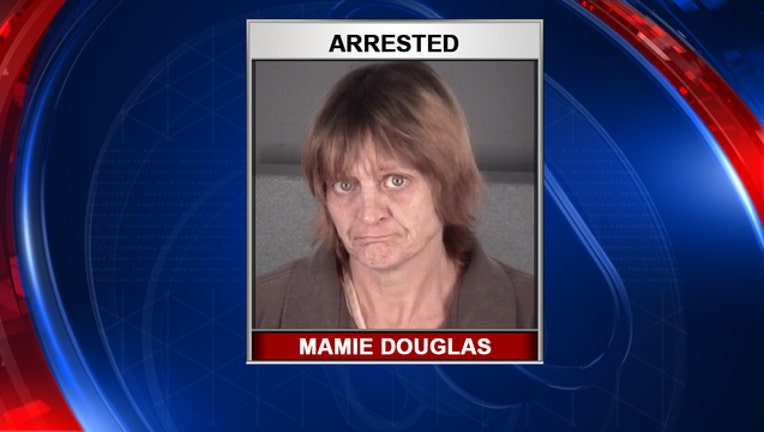 BAYONET POINT, Fla. (FOX 13) - A Florida woman was arrested after attempting to break into someone else's apartment to retrieve her cat, deputies said.

Pasco County deputies arrested 49-year-old Mamie Douglas on a burglary charge. Officials said her cat got loose from her apartment, somehow entered another apartment and got locked inside. The incident occurred at Ridgestone Apartments in Bayonet Point, Florida.

Douglas asked employees of the apartment complex to open the door so she can get her cat, but they said they couldn’t, according to her arrest affidavit. Instead, officials said, she tried to use a screwdriver and dental tool to pry open the front door.

Douglas didn’t gain access, but did cause some damage to the front door. When deputies responded, they said she admitted to trying to enter the home to get her cat back.