Take a walk through the canopy of Dade City

TreeHoppers Aerial Adventure Park is both thrilling and relaxing for visitors who take a walk through the treetops of Dade City.

"It's basically a course where you get harnessed up, get up in the trees, and climb from platform to platform on various elements -- whether that’s a suspended swinging bridge, a swinging log or a rope bridge," said the attraction’s general manager, Geof Kledzik.

Made up of nine courses featuring over 100 different elements, TreeHoppers is the largest aerial adventure park in Central Florida.

Kledzik says because of the local landscape, their creative team had to overcome some challenges when designing the courses. 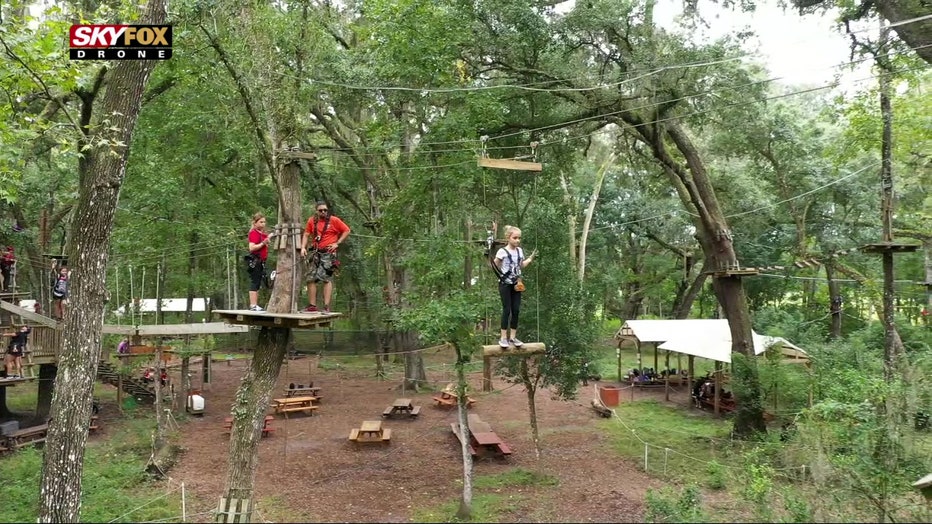 "They thought, 'We're in Florida, it's pretty flat, let's make some elevation.' That's why we put the platforms up in the trees and had them going from one to the next. The platforms are different heights so we were able to add elevation in fun ways there."

Each climb session lasts about three hours, not including a 30-minute safety orientation. Harness and glove rentals are included in each session.

Kledzik says there are courses for all skill levels and abilities. Kids can also join in on the fun in the TreeHopper's Little Lemurs course.

"Kids ages 1 to 6 can go on that. It's pretty low to the ground so no safety equipment is needed," Kledzik added. 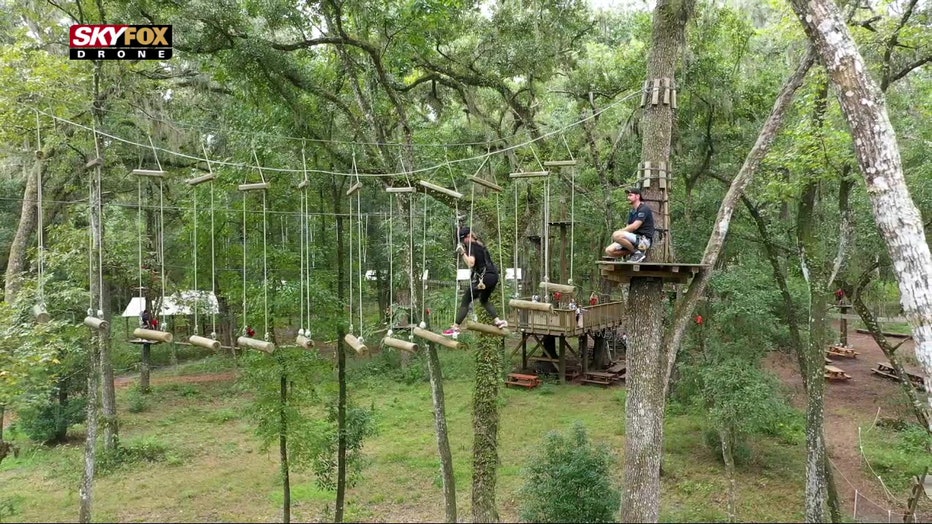 LINK: To learn more about the park hours and pricing, visit www.treehoppers.com