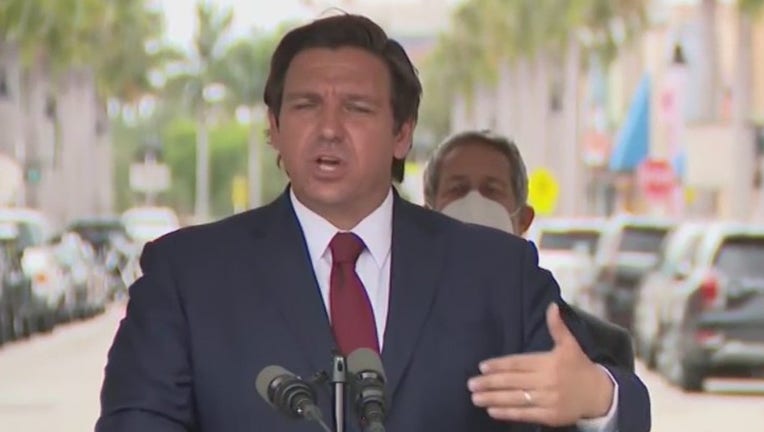 Florida Gov. Ron DeSantis has drafted “anti-mob” legislation that would expand the state’s Stand Your Ground law – a move that some worry would allow armed citizens to shoot and potentially kill anyone they suspect of looting.

DeSantis’ newest legislation comes in response to months of protesting that frequently lead to rioting this summer in Florida and across the U.S., following the death of George Floyd, a black man who died after a white Minneapolis police officer knelt on his neck for nearly nine minutes.

The legislation is an attempt to prevent “violent and disorderly assemblies” by permitting violence against anyone involved in the “interruption or impairment” of a business, reportedly described in the draft as being a burglary within 500 feet of “violent or disorderly assembly,” according to reporting by the Miami Herald Tuesday.

“It allows for vigilantes to justify their actions,” a former Miami-Dade County prosecutor, Denise Georges, who has worked with Stand Your Ground cases told the Miami publication. “It also allows for death to be the punishment for a property crime — and that is cruel and unusual punishment. We cannot live in a lawless society where taking a life is done so casually and recklessly.”

The draft legislation also includes measures that would make protesting which disrupts the public by blocking traffic, a third-degree felony. The law would also reportedly grant immunity to drivers who unintentionally kill or injure protesters who were blocking traffic.

Additionally, the law would allow the state to withhold funds from local governments that cut police budgets.

DeSantis, an ardent supporter of President Trump, who won in Florida by just over three points, reportedly submitted copies of the legislation to the state’s Senate Committee on Criminal Justice and the House Judiciary Committee, according to emails obtained by the Miami Herald.

“It’s clear that the Trump beauty pageant is still going on with governors and senators, who all want to be the next Trump,” Miami Beach Mayor Dan Gelber told the publication. “And the governor is clearly a very good contestant.”

Gelber, a former federal prosecutor, was also a critic of the Stand Your Ground law when it first passed in 2005.

DeSantis could not be immediately reached by Fox News for comment.