The governor says the new law is aimed at protecting girls and women’s sports, but protesters believe the law does nothing more than hurt an already marginalized group.

"This bill pits children against each other.  It makes them enemies, we already have a pandemic of bullying," said protest organizer Amanda Laforge.

Lorne Sadler, a transgender man, said he believes the move by the governor is fueled by politics more than anything else.

"I think he has ambitions running for president and he's giving red meat to his constituents," Salder said. "The state of Florida, the governor of Florida is now saying, ‘You’re different, you can’t play,’ that, in my opinion, is wrong." 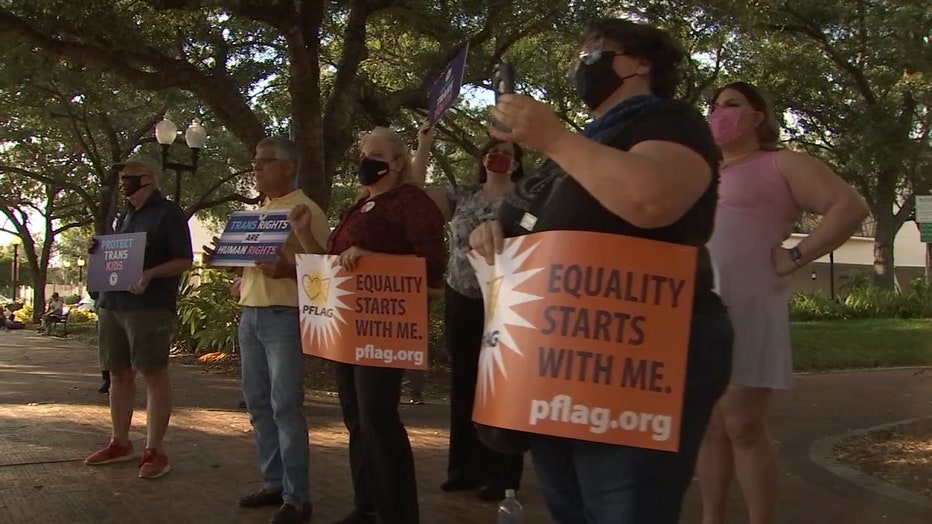 DeSantis dismissed criticism about the timing of the bill signing, the first day of Pride month. He also made it clear that Florida would not bend to corporate pressure.

The law will go into effect on July 1.