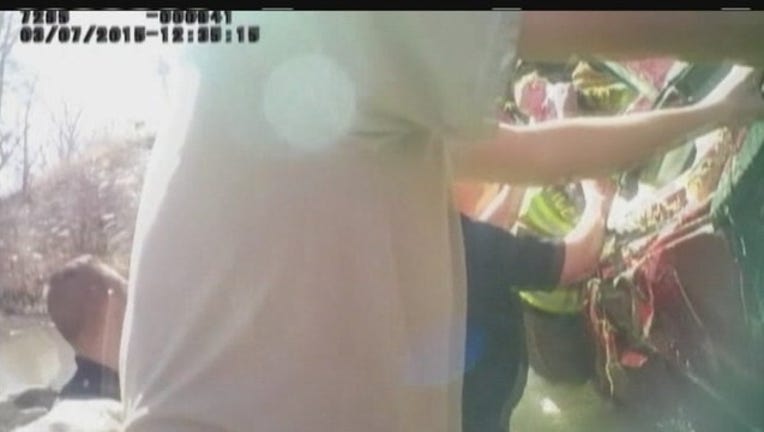 Police have released body-cam footage of a dramatic rescue.

The rescue of a baby that survived a car crash last Saturday went viral, but we're just seeing video now of what happened in Utah's Spanish Fork River.

Investigators say 25-year-old Jennifer Groesbeck of Springville was found dead in the car, which was upside down. Despite being inside the car for an estimated 14 hours, baby Lily survived.

The water from the river was so cold that seven emergency responders were treated for hypothermia.

The footage shows emergency responders urgently working to shift the vehicle to reach the young girl inside. They revive and treat her at a nearby hospital.