More than one hundred people rose before the sun Friday morning at MacDill&nbsp;for the Air Force base’s annual memorial honoring Special Forces operators lost over the past year.

TAMPA, Fla. - One by one they approached the flag to carry the card of a fallen soldier who died defending it.

More than one hundred people rose before the sun Friday morning at MacDill for the Air Force base’s annual memorial honoring Special Forces operators lost over the past year.

For Sgt. First Class Michael Pappas, it was his good friend Ethan.

“He passed away early this year, so it’s all very fresh,” Pappas said.

Sgt. First Class Ethan Carpenter died in a parachute training accident on March 15. Saturday would have been his 31st birthday.

“He motivated you through what he did,” Pappas said. Part of the reason why I wore all of this getup was because he wouldn’t have done a run in just shorts and a t-shirt. He always went all out; he was always pushing himself, which pushed everybody around him. Made them better as well.”

The event began with a sunrise 5K, where Pappas and others carried the names of the 22 fallen in hand. 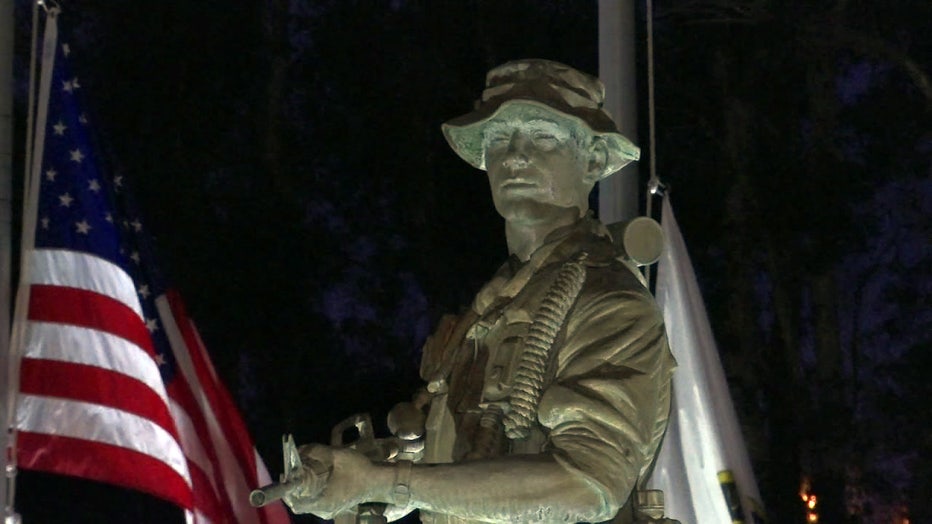 “It’s always going to hit home, so you have to do events like this,” said Army Ranger Maj. Tony Mayne. “As much for the families, but for the healing of the forces that participated as well.”

After the memorial run, teams moved on to a shooting competition at the firing range. They took part in a four-man stress shoot, a slowed-down version of what Special Ops teams would do in Afghanistan.

“It’s an M-4 shoot, so our standard rifle that we use in SOF, as well as a pistol shoot,” Mayne said. “So it’s a little bit of a combat-focused event, and just great to get out of the office to remember our fallen.” 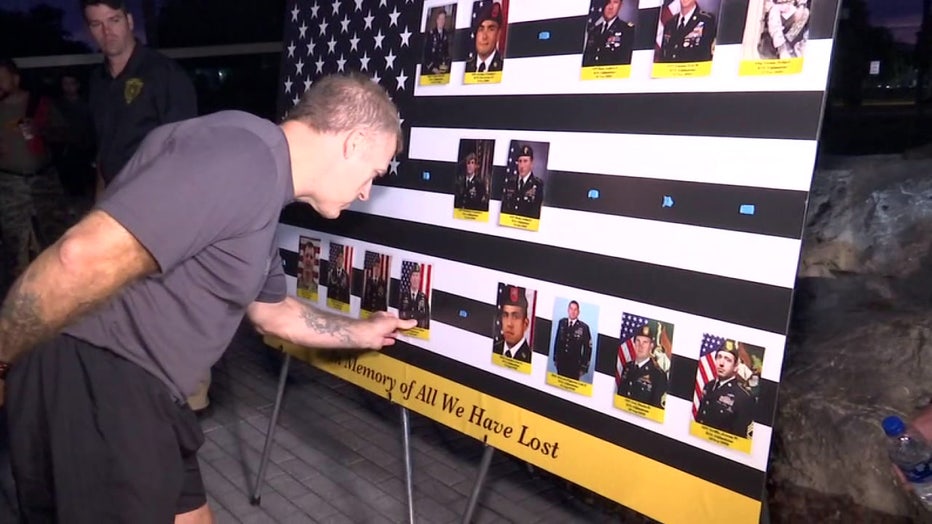 That number was 22 in all this year, up from 19 last year. Maj. Mayne used the words of our first president to sum up the importance.

“George Washington once said, you can really tell a nation by how it treats its veterans,” Mayne said. “So when we look at how we treat our fallen, we have to ensure that we’re doing events constantly to remember.”

And to never forget the sacrifice.