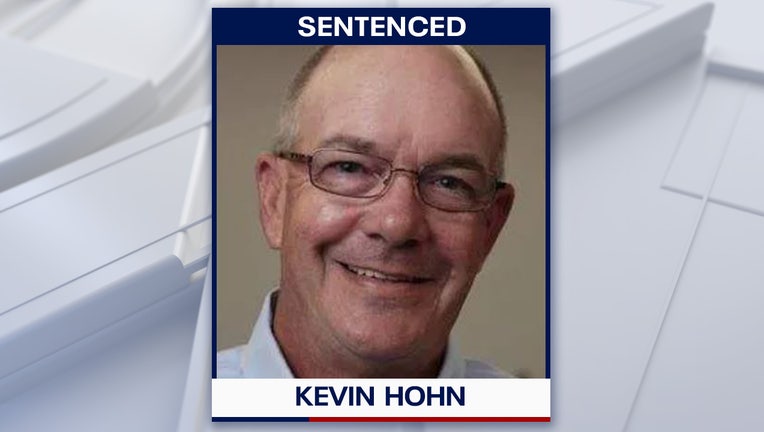 TAMPA, Fla. - The former mayor of Brooksville was sentenced Tuesday to 15 years in prison for making child pornography.

Kevin Hohn, 66, was sentenced in Tampa federal court, according to court records. He pleaded guilty in November to producing child pornography.

After executing a search warrant in February 2021, federal agents discovered hundreds of images and dozens of videos of child pornography on Hohn's external hard drive, and said all of the images and videos appeared to have been secretly taken in his home.

Investigators said the children were unaware that Hohn was recording them as they were dressing and undressing, exiting the shower, and "engaging in other innocent activities" in the home.

A recent biography in a local newspaper says he had volunteered as a coach for an after-school golf program.

"While child exploitation is disgusting and vile in all circumstances, it can be especially traumatic when the predator is in a position of leadership and trust," said Homeland Security Investigations Tampa acting Assistant Special Agent in Charge Jennifer Silliman. "Because of the efforts of HSI special agents and the Hernando County and Pasco Sheriff’s Offices, the community can rest assured this criminal will harm no more children."

Investigators identified his address as one that distributed child pornography images and a video several months earlier, according to a criminal complaint.

Hohn is a former mayor of Brooksville. Before he was a City Council member and mayor in 2014, Hohn was an Internal Revenue Service agent who investigated money laundering, public corruption and organized crime cases.

Hohn was also ordered to pay a fine of $30,000, a special assessment of $20,000 and $6,000 in restitution to the victims. Hohn will be required to serve five years of supervised release and to register as a sex offender.