TAMPA, Fla. - Earlier this year, Corey Pujols was arrested after he allegedly punched a Dunkin Donuts customer for calling him a racial slur. The punch ended the man's life. In a somewhat surprising move, Pujols showed up for his virtual court hearing ready to cut a deal with prosecutors.

His attorney made the big announcement in court Wednesday.

"We sent a resolution to Ms. Brown on August 25," said Darrin Johnson.

Details of the offer were not shared yet, but prosecutor Christine Brown hinted a counteroffer may be coming.

"I don't think that’s a feasible request, however, it’s one that I need to discuss with the homicide committee," explained Brown.

Back in May, Pulols, an employee at the Dunkin shop along 50th Street in Tampa, was accused of getting into a confrontation with a customer for calling him a racial slur.  They say Pujols punched the 77-year-old man who fell and hit his head and later died.

Now Pujols is charged with manslaughter. 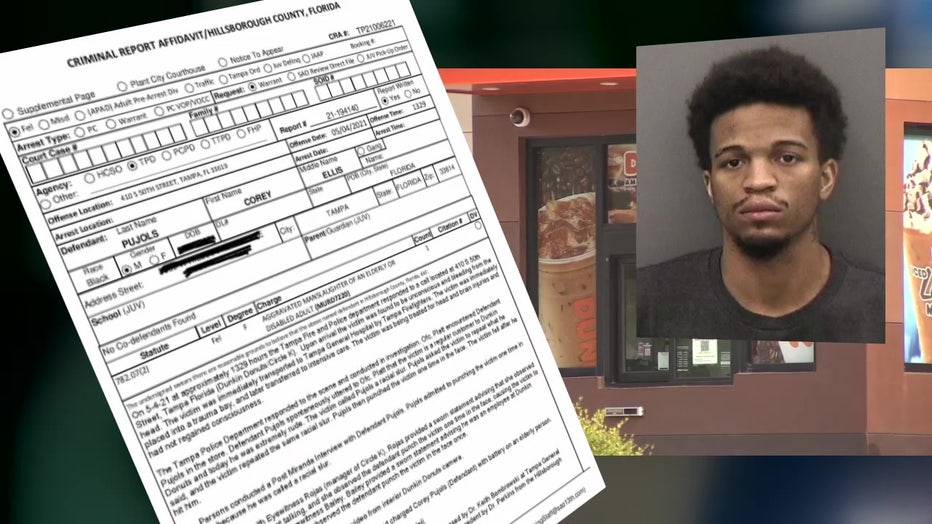 Court records show Pujols told police the customer was a regular and often extremely rude. He says the day of the incident, the customer went through the drive-thru window and was angry at the service.

Investigators say the man parked and went inside the store and began arguing with Pujols, who landed the deadly punch.

Now, in speedy fashion four months later, Pujols is anxious to wrap his case and accept whatever consequences they agree, too.

He is back in court on October 26. A resolution in the case could be announced at that time.