WINTER HAVEN, Fla. - A Florida man and former pitcher continued his love for baseball after leaving the game.

Dugout Mugs in Winter Haven is literally a business that takes a baseball bat, cuts it, hollows it out, and engraves whatever the customer wants on it. Then, you can pour a cold or hot beverage into it.

Randall Thompson used to pitch in the Toronto Blue Jays organization, and even played in Dunedin. He went into coaching and later launched Dugout Mugs five years ago. It was in 2014 that he thought about taking a swing at starting his own company.

He was inspired to create Dugout Mugs while coaching at his alma mater, Florida Tech. He recalls sitting in the dugout, listening to the hitting coach speak to the team, telling them to "focus on the hands."

"2014, I was coaching college ball," he told FOX 13. "The hitting coach was cutting barrels off of wooden baseball bats in the dugout and I looked at the barrel and had a light-bulb moment. I thought, ‘Maybe you can drill out the center of it and drink from it.’" 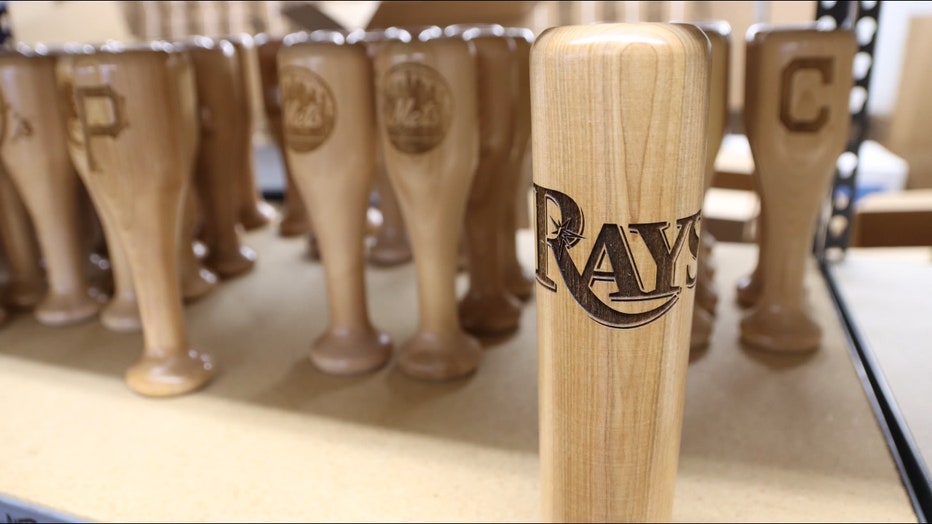 They have five different products, including one for wine. They will be launching a stainless steel line of the Dugout Mug soon. The presale starts in July.

Their main Dugout Mug can hold around 12 ounces – just enough for a can or a bottle of beer, Randall suggested.

"Or orange juice," he said with a laugh. "it holds hot liquid too, so hot coffee as well." 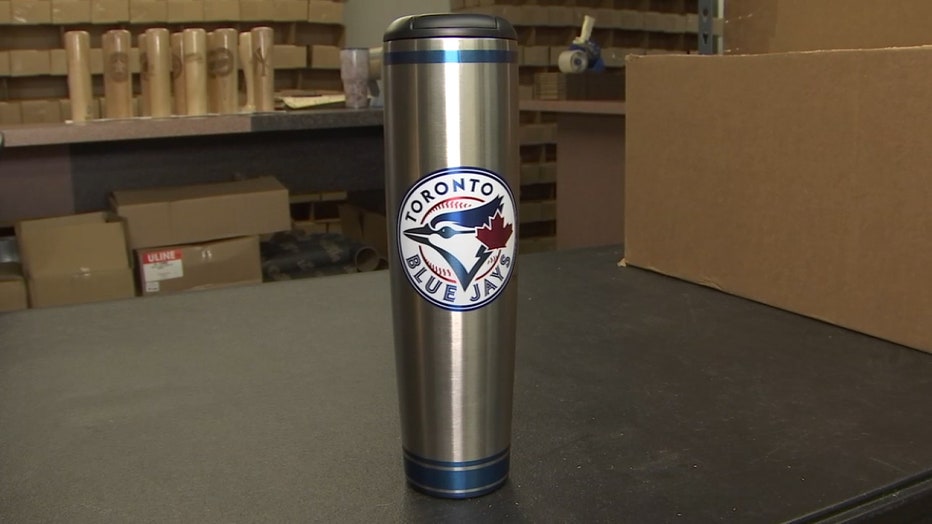 Randall started with just one laser-engraving machine in his living room. Now, Dugout Mugs has laser engravers operating all day. Engraving one bat takes about 10 minutes. The company sells between 80,000 and 100,000 mugs a year. Up to 60 people help operate the business on a daily basis.

"Every single year, I get surprised at how much we grow and how much the community has embraced the product," Randall said.

So far, this year – and without factoring Father's Day sales – they've sold over 100,000 mugs, explained Kris Dehnert, a CEO, and co-partner. 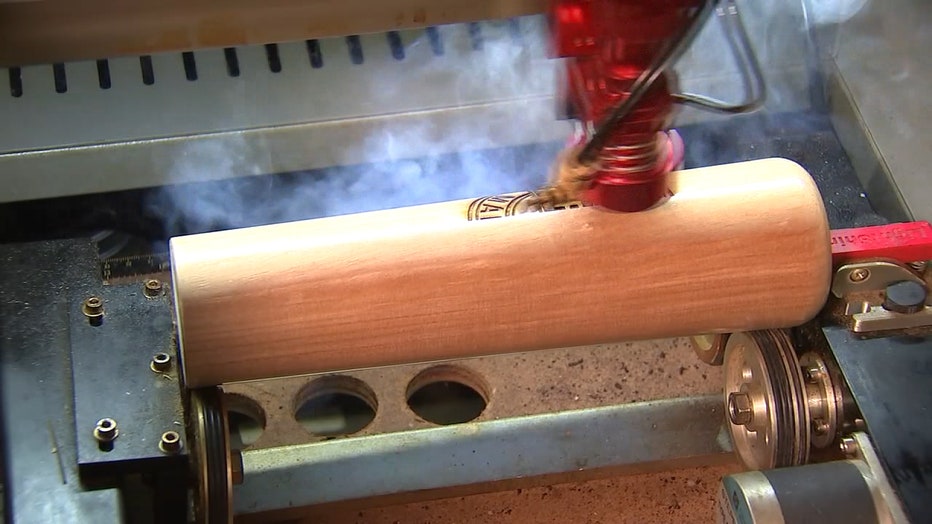 Kris said when Randall first came to him about the idea behind Dugout Mugs, he thought it was "weird."

"I told him I thought it was a stupid idea," Kris said with a smile. "He asked me, ‘Look, just carry it around with you for a few days or a week and call me back.’ It only took a few days and we realized pretty quick it was special."

They received a licensing agreement with Major League Baseball in 2018, allowing customers to not only order personalized mugs but also products that have their favorite professional team’s logo.

"We have an incredible team that runs the lasers for us. we can do just about anything," Kris offered. "A lot of people have an affinity to a team. When we got our MLB license, it really took things up. it really validated the company." 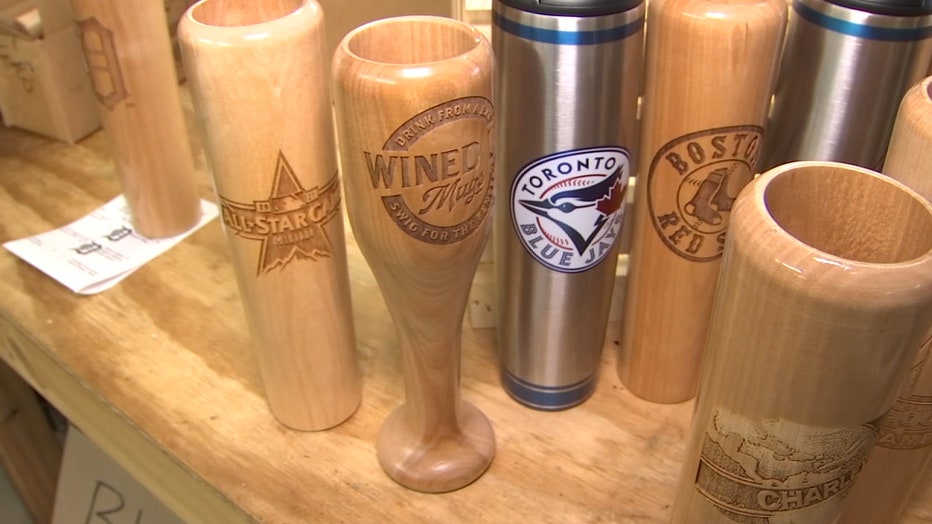 They can engrave just about anything into these baseball bats, creating interesting drinking mugs – and even wine goblets, bottle openers, and small shot bats.

"Pretty much if you have a logo, you can send it over to us and we can covert it," Randall said.

Kris said the company recognizes how blessed they have been, and have been focusing on giving back to the community.

"We collaborate with heroes of the baseball community," he said. "It just really comes down to giving back to the game that takes very good care of us."

Starting Wednesday, June 30, they will begin selling a Dugout Mug with a colored U.S. flag engraved on it. It's $100, but it will go toward the Perfect 33 Foundation, which supports the military and their families.

Soon, Dugout Mugs will be offering a new addition to their products. In July, they will start a presale for a 20-ounce stainless steel tumbler.

For more information, head over to Dugout Mugs’ website. If you want to get a "free" Knob Shot, all you have to do is pay for shipping. Click here to learn more.