The University of South Florida Bulls men's basketball assistant coach Tom Herrion&nbsp;has been placed on administrative leave after what the school calls 'troubling concerns' regarding an alleged racist comment.&nbsp;

TAMPA, Fla. - About a week after a University of South Florida Bulls men’s basketball assistant coach was placed on leave, one former player shared a statement that he faced some ‘racist incidents’ in the past.

According to a Twitter post, Madut Akec said while he isn’t ready to discuss the details publicly, he said the alleged incidents over the past season caused both him and his family "unexplainable stress."

"I would like to make it known that I have always used basketball as an outlet to escape some of the hardships that I face as a black male in this society. But when these issues seem to follow, it becomes both uncomfortable and disturbing."

Akec didn’t mention Tom Herrion by name in his statement, but the assistant coach was placed on administrative leave after what the university calls "troubling concerns" regarding an alleged racist comment.

An unnamed party notified USF administrators of the accusation, but school officials have not confirmed the contents of the comment, but said it was not a racial slur.

USF said last week an independent investigation is underway, adding that the men’s basketball head coach Brian Gregory is not under investigation and his employment status has not changed.

Akec was born in South Sudan and lived in Uganda and Australia before moving to the U.S. He started attending USF in 2018, but first played basketball on the American Athletic Conference All-Academic team. 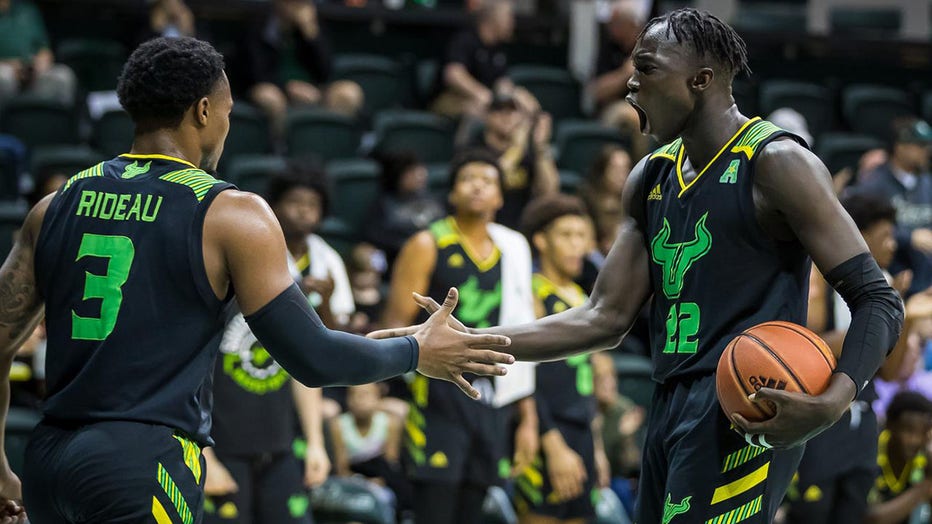 After that, he started playing for the Bulls and is now listed on the team’s transfer portal.

According to the USF student-run newspaper, The Oracle, Akec became the sixth USF men’s basketball player to enter the transfer portal during the offseason. Other players include guards David Collins, Xavier Castañeda and Rashun Williams, and forwards Justin Brown and Luke Anderson.