SPRING HILL, Fla. - The victim of last week’s dog attack in Spring Hill has been flown to a second hospital for specialized treatment but remains in critical condition, deputies say. Meanwhile, investigators believe they have sorted out the dogs responsible for the attack – and their owners.

According to Hernando deputies, it was just after noon when the woman – who has yet to be publicly identified – was in the backyard of her Upton Street home with her own dog when dogs from a nearby home along Mayflower Road managed to get outside and attack her in what deputies later called “a pack mentality act of aggression.”

Neighbors tried to intervene but were unable to turn the pack away. It wasn’t until firefighters arrived a few minutes later that the dogs were chased off.

Deputies say five large dogs – including pit bulls and bull mastiffs – were initially removed by Animal Enforcement Officers. One of them, a terrier mix, was cleared after witnesses confirmed it was not involved.

The four remaining dogs belonged to three people who lived in the Mayflower Road home, deputies say. All four dogs were surrendered by their owners to Animal Services, with euthanasia forms completed. 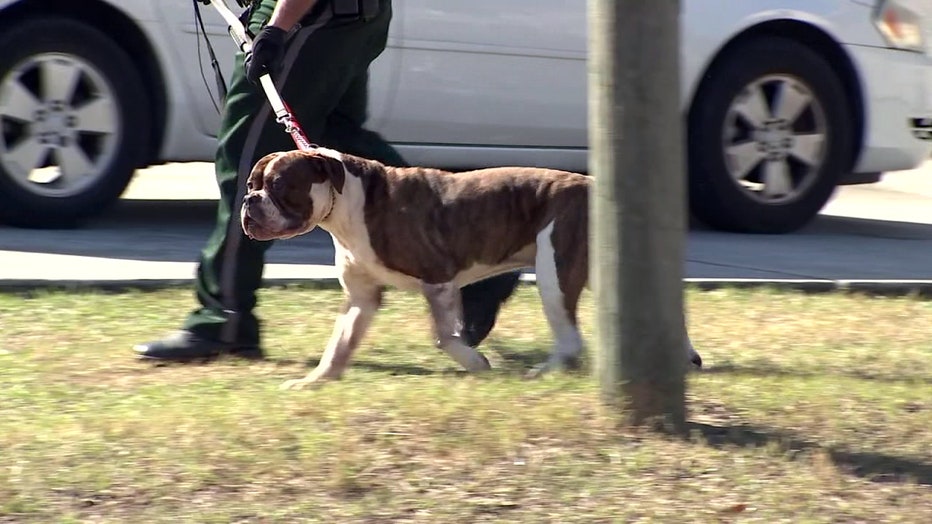 The sheriff’s office did not name the dogs’ owners, but said all three received civil citations for having unlicensed, unvaccinated, and unrestrained animals.

All four have a court hearing scheduled for May, during which a judge could impose fines.

Deputies say the victim’s small dog was not injured in the attack and is being cared for by a family member.