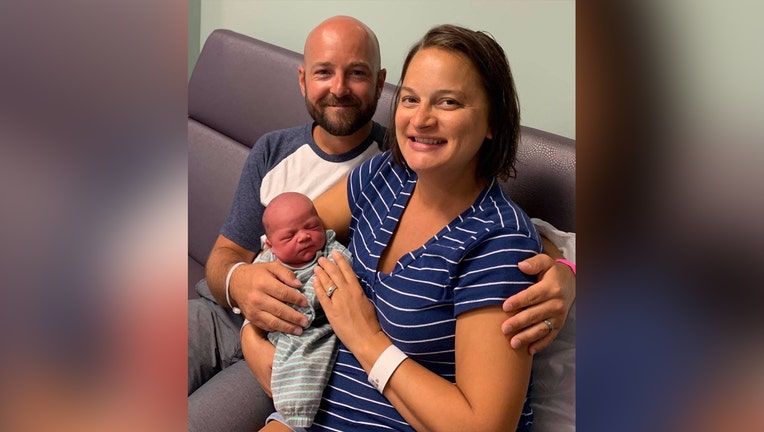 CLEARWATER, Fla. - John and Amber Easterday had a Fourth of July to remember. The couple was out on a boat in Clearwater when Amber went into labor.

According to Clearwater Fire Rescue, around 5 p.m. John Easterday called 9-11 and said his wife was having contractions and was about to give birth on a pontoon boat.

They were on the waters of Old Tampa Bay and he was trying to make it to shore as fast as he could. The area on the west end of the Courtney Campbell was the closest place he could dock, and in a few minutes, he was pulling his boat up to the crowded beach.

Fire Medic Kenny Weitzer and Fire Medic Tyler Whitfield got into the boat and made contact with the 34-year-old woman at 5:33 p.m. Four minutes later, they delivered a baby boy. Dad got to cut the umbilical cord.

The mother and her new son were taken to Mease Countryside Hospital, where both are expected to be okay.