Why mini frogs are so bad at frogging: Dave O the Science Pro

Imagine a tiny frog, about as big as a thumbnail. What’s the first thing you imagine it does?

If you envisioned the little froggy hopping away, you’re not alone, but scientists discovered an odd behavior in a miniature Brazilian frog – specifically in the way it fails at hopping.

The frog, brachycephalus brunneus, is described as looking like a Cheeto, with orange coloring on its back.

The tiny amphibians forage on the bottom of Brazil's Atlantic forest for even tinier insects to eat.

Because they're so small, scientists had a hard time finding the frogs in order to study them, but when they did, they realized the frogs had issues when it came to landing after a hop, according to a new study published in the journal Scientific Advances. 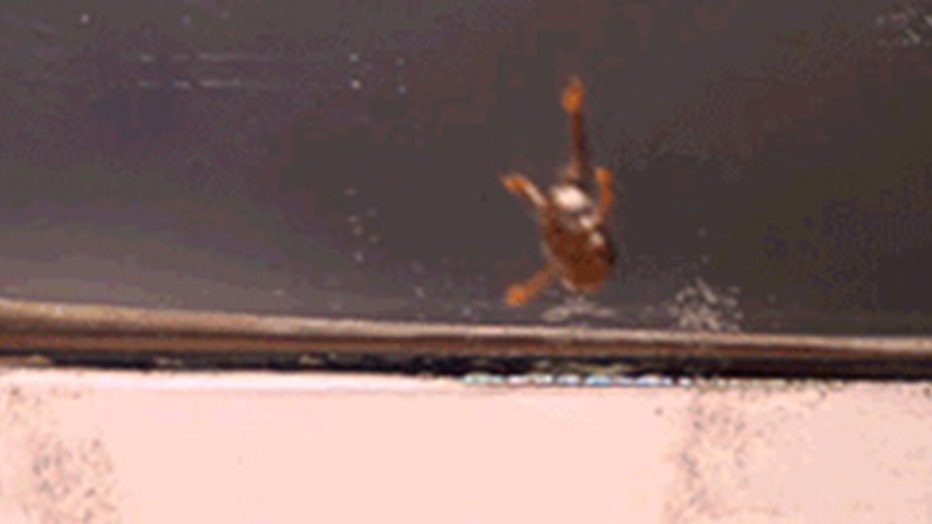 In videos released by Brazilian scientists, and published on the University of Florida's website, the frog is seen pushing off for a magnificent, tiny leap, but then they practically freeze, mid-air, and then fall.

FOX 13 Meteorologist Dave Osterberg explained, when a living thing jumps, its inner ear acts as a compass for the body, centering the brain around where the body is and what it should do when its feet reach the ground.

But these frogs are so small, scientists believe their inner ears can’t function the in the same way. 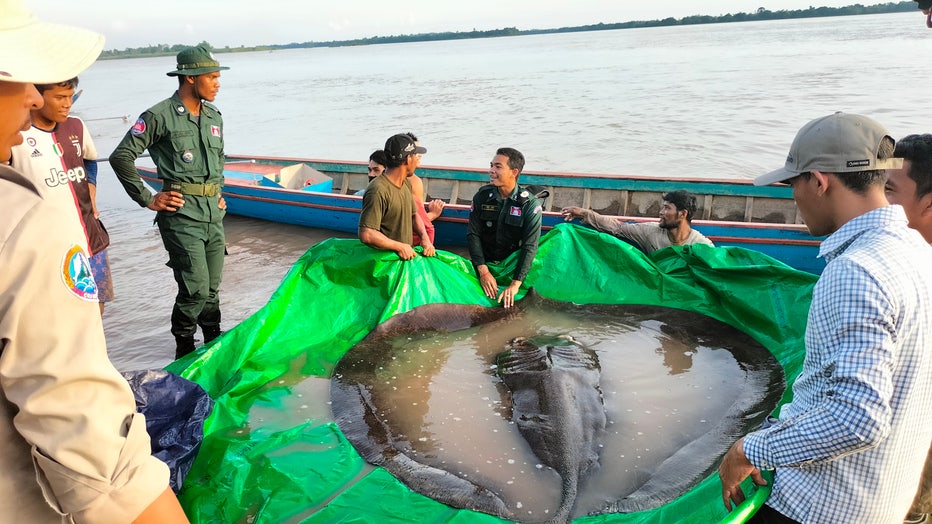 The giant freshwater stingray is pictured along the Mekong River in Cambodia. (Credit: Wonders of the Mekong / Provided)

Jumping initiates a process where fluid rolls through the ear canals, but the frogs’ ear canals are so small, the fluid can’t get through so they don’t know where they are and what to do, once they get into the air.

The scientists believe the frogs feel like they’re still in the air when their feet are hitting the ground.

Tiny frogs found in the Brazilian Atlantic forest don't have great balance, so on the rare occasion they try to hop, the landing is less than graceful.

The scientists also say the frogs are fine after they land. After all, they aren’t falling very far. They also have a bony backplate which gives them some protection.

In the wild, these frogs stay grounded, most of the time, for obvious reasons. They only jump when they’re startled or feel like they are in danger.

From UF: "They’re not great jumpers, and they’re not particularly good walkers either. They sort of stomp around in a stilted, peg-like version of walking." said study co-author Edward Stanley, director of the Florida Museum of Natural History’s Digital Discovery and Dissemination Laboratory.

The species is a fairly new discovery. Scientists said they knew the frogs existed, but hadn’t been able to find and gather enough of them to study their behaviors in a laboratory setting, until now.