There’s no such thing as a bad kid

Those words turned everything around for a young Thaddeus Bullard, aka WWE Superstar Titus O'Neil. Growing up poor - a product of rape - Bullard now wants to help kids in Tampa overcome whatever obstacles they may face.

But Ballard has a well-known dark side. His alter-ego, WWE Superstar Titus O'Neil was one of the meanest men in wrestling.

Neither of his personalities reveals the difficulties of his childhood. He grew up poor, just outside Tallahassee, with a stack of circumstances against him.

"I am a product of a rape. My mother was raped at 11, had me at 12 years old. So, a fatherless home on top of being poor, living in government housing, and not being able to do things that other kids could do because we didn't have money to do it," Bullard told FOX 13.

He was a little boy and started spinning out of control. He was sent to the Florida Sheriff's Boys Ranch at just 12 years old.

But a mentor at the ranch helped him turn around his thinking and his behavior.

"He said, 'Lift your head up, there's no such thing as a bad kid," Bullard remembers.

He never looked back. Bullard earned a football scholarship to the University of Florida, followed by a career in the WWE.

Despite all that, his biggest transformation may be the most recent. 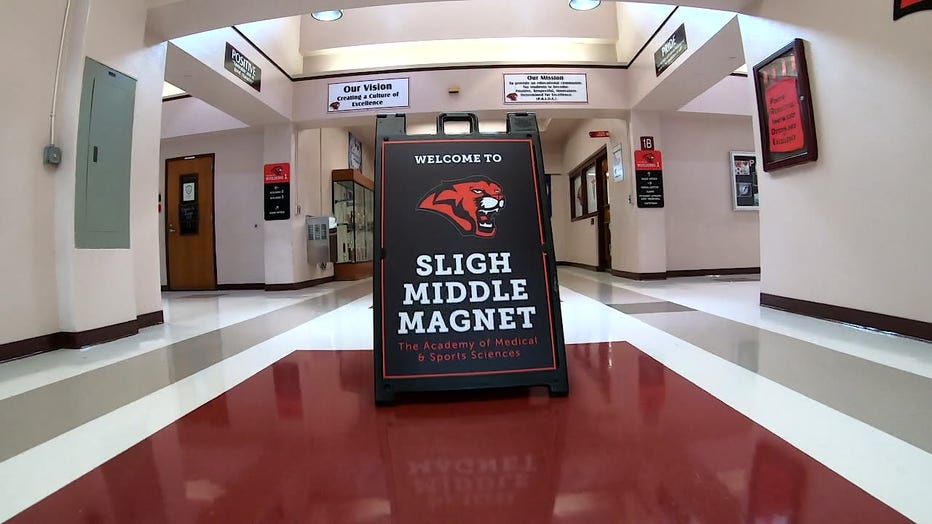 Sligh Middle Magnet School was once an F-rated school with a graduation rate of around 29%, (compared to about 86% for the entire county).

The Bullard Family Foundation partnered with Hillsborough County Schools and corporate sponsors, spending more than a million dollars to change the culture and look of the school - and the surrounding community. 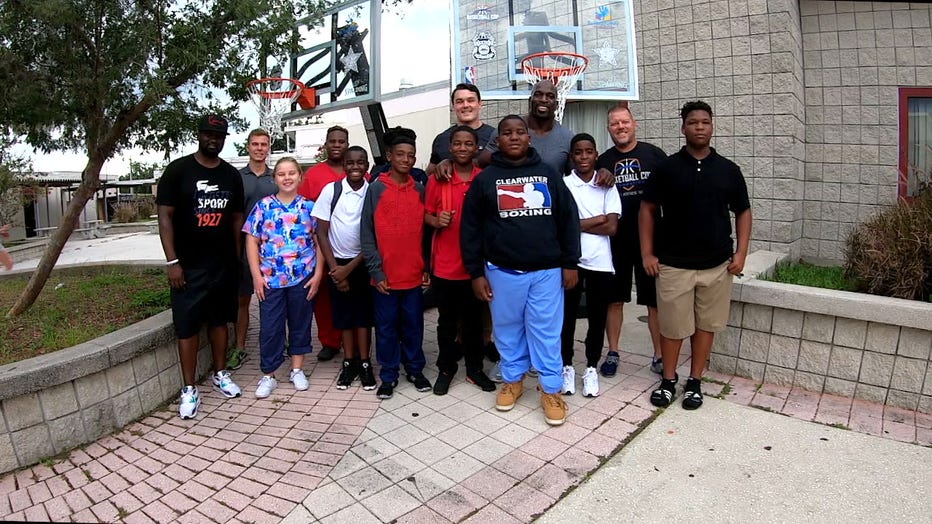 "I've been involved here for a little bit over four years now, and what we're doing now is just trying to transform the culture, starting with the way the school looks," Bullard said.

They started with new paint, a new gym, and athletic shoes for students.

"We're putting a track out here, building out a prosperity center here that'll help service the adults and the parents. We'll have a culinary space that we're working with Feeding Tampa Bay to start teaching culinary over there. But we'll be able to service 500 to 1,000 families a week with take home meals," Bullard said. 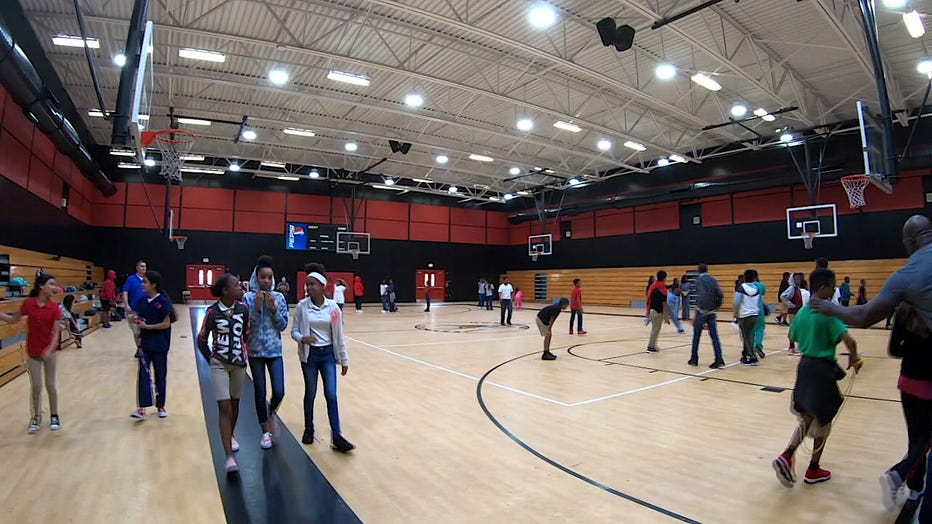 Thaddeus Bullard, aka Titus O'Neil, has overcome odds and obstacles all his life, but he says giving back is his biggest reward.

To learn more about the Bullard Family Foundation visit https://bullardfamilyfoundation.org/.