ST. PETERSBURG, Fla. - The Florida Fish and Wildlife Conservation Commission (FWC) is investigating after a dolphin was found dead on the shore of Vinoy Beach. Investigators are now trying to determine if red tide may have played a role, but as of Monday night, a cause of death has not yet been determined.

Devastating photos taken by resident David Gunter show the moment he stumbled upon a dead dolphin on Vinoy Beach.

"It's just the saddest thing. I welled up. I got emotional and didn't know what to do," Gunter said.

Gunter was out for a walk Sunday morning in North Shore Park when he made the discovery. 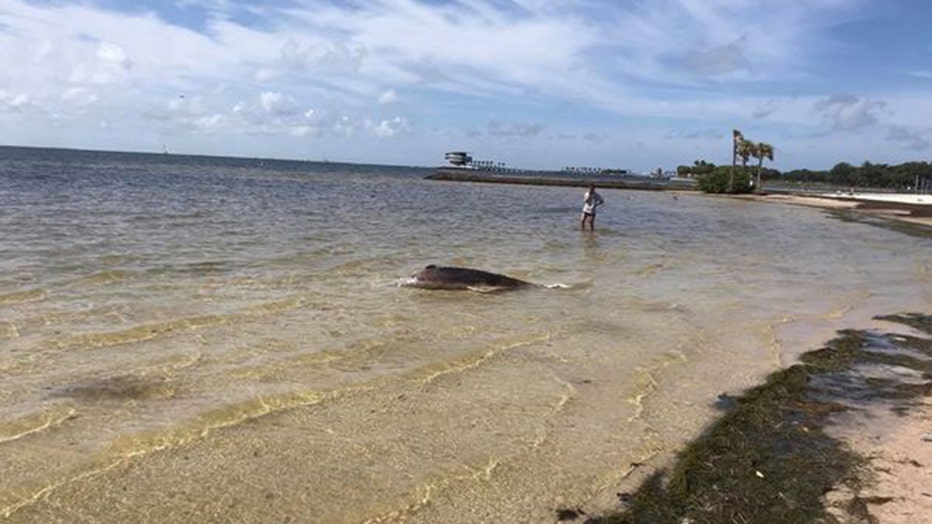 "It was laying sideways. It's were kind of glazed over. And the sad part well it was all sad but his fin on top that thing was completely flapped over like this," Gunter said.

Multiple people called FWC to report it. While Gunter was there, he says a biologist with FWC showed up and began taking samples from the dolphin.

Commercial fishermen are worried another year of work is being destroyed by red tide as dead fish wash up by the thousands around parts of Tampa Bay.

Gunter also posted about it on Facebook because he says he just wanted to remind people of what can happen.

"Everybody was just somber and really quiet and just trying to be respectful. I had several tears and said a prayer. I didn't know what else to do so I just said a prayer," Gunter said. 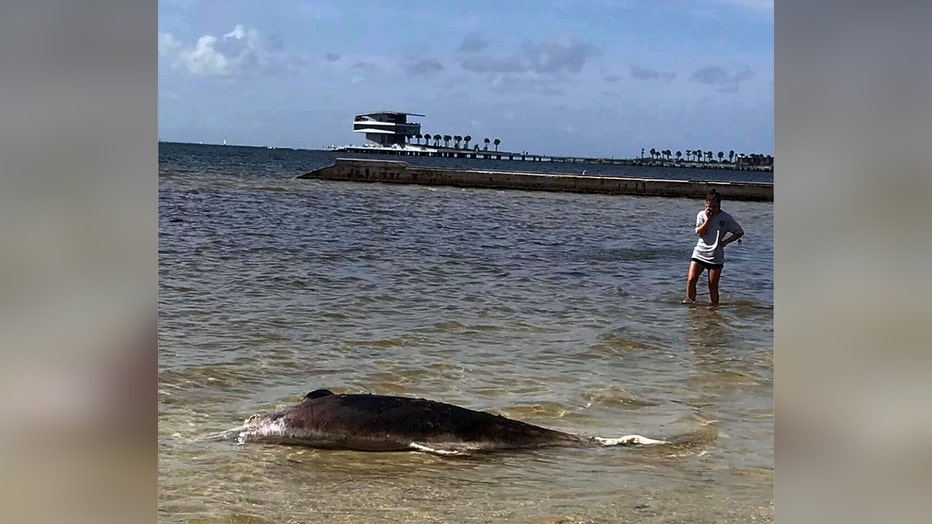 He's hopeful FWC will be able to figure what happened.

"We just want the truth. We all do," Gunter said.