Red tide has surface around some Sarasota County beaches, according to the latest testing by Florida Fish and Wildlife Conservation Commission.

VENICE, Fla. - Red tide is back in the Tampa Bay Area. The latest testing from Florida Fish and Wildlife Conservation Commission confirms high concentrations of Karenia brevis, the red tide organism, along parts of the Sarasota shoreline, including areas around Venice Beach and Caspersen Beach.

Very low concentrations of red tide have been detected along Pinellas County waterways.

Though some fish kills have been reported in Sarasota, many daily beachgoers in Venice say they haven’t noticed the typical tell-tale signs of red tide.

“I’ve been walking out here in the mornings and I haven’t really smelt any of the fishy smell, at least not like the last time when it was really bad,” said Venice Beach resident Debbie Brown referring to the 2017-18 bloom. “I just hope it doesn’t get out of control again.”

This year’s red tide bloom was first detected weeks ago in Lee County, then later in Charlotte County.

Though it hasn’t been a daily occurrence, dead marine life and noxious odors have cleared the beaches at times and some beach businesses said it’s affecting their bottom line. 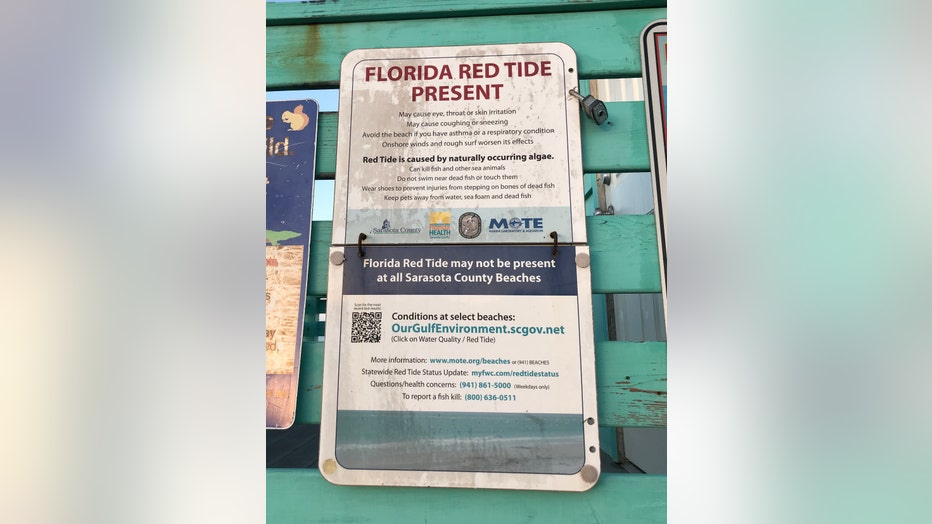 “A few days last week, we had to close because the smell and scratching in your throat was hard to take out here at the beach,” said Mark Timchula, who runs a beach umbrella and chair rental business on Englewood Beach.

To make sure they’re ready in case the problem gets worse, the city of Naples is investing $55,000 on a new beach raker to clear away any dead fish that may wash ashore, should the red tide problem worsen.

The fish kills aren’t just unsightly, and unpleasant smelling, the decaying marine life can also work to feed the red tide bloom so getting the dead fish up quickly is a top priority. 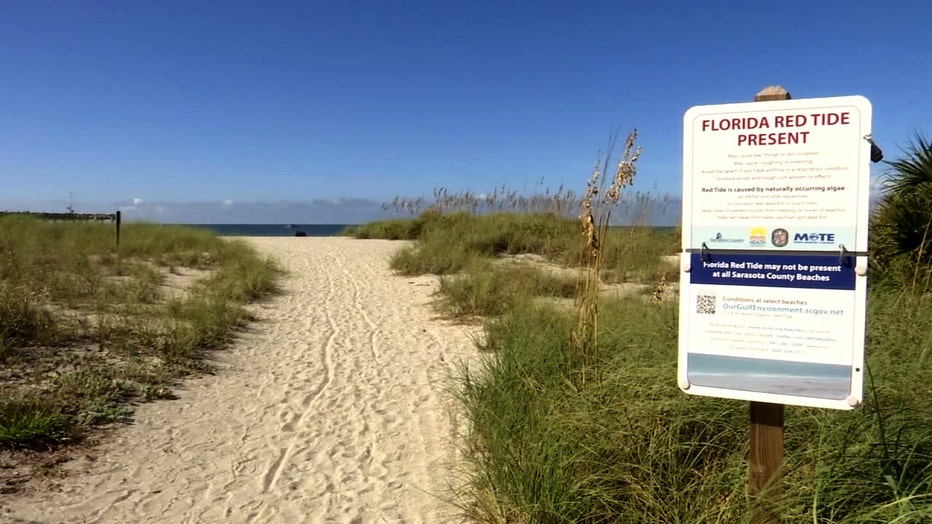