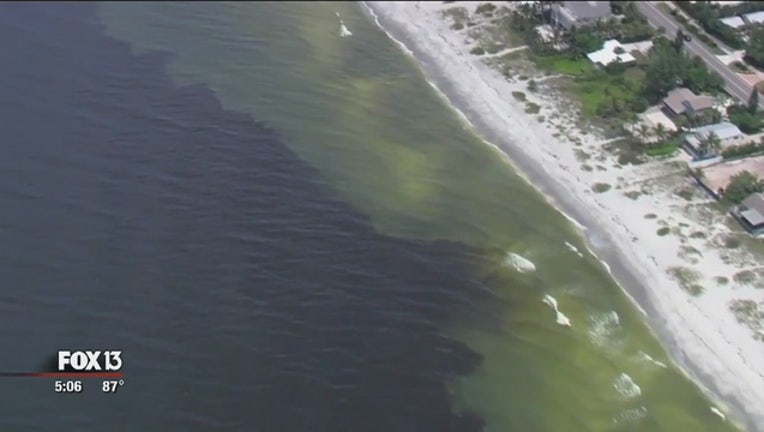 MIAMI (AP) - Red tide is expected to linger along Florida's Atlantic and Gulf coasts at moderate levels at least through early next week, though most South Florida beaches were open again Friday with warnings posted about the toxic algae.

The National Oceanic and Atmospheric Administration said in a forecast Friday that beachgoers might experience mild symptoms such as sneezing, coughing and watery eyes in the Miami area and in parts of Florida's Panhandle and Tampa Bay regions.

The red tide began off southwest Florida last fall. It's blamed for the deaths of many fish and other marine life.

Florida's Fish & Wildlife Conservation Commission has increased the pace of updates. Instead of once- or twice-per-week water sample results, updates will be posted each day to an interactive map.

Outbreaks happen almost annually on Florida's Gulf coast, but it's rare for them to spread to the Atlantic side of the state. Hundreds of dead fish washed ashore Thursday in Fort Lauderdale, and some beaches were closed for the week.