TAMPA, Fla. - From panic buying to restrictions at the pump, a ransomware attack on the Colonial Pipeline that delivers 45 percent of the East Coast’s fuel supply has left consumers on edge.

"Since Colonial supplies the terminals every five days, and we’re now on day five of this shutdown, the terminal has started to run out of gasoline and as a result, many gas stations in the affected area are out of gasoline," said oil expert Andrew Lipow, the president of Lipow Oil Associates. 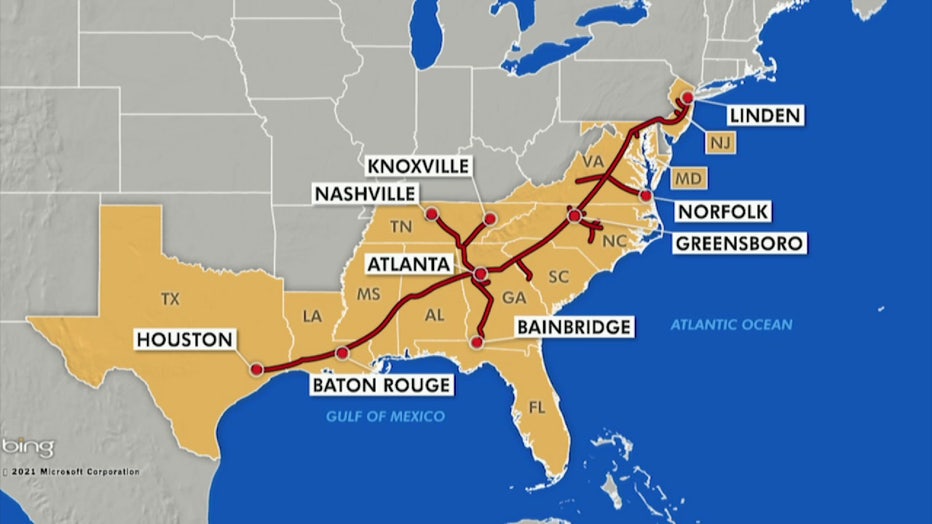 Those are cities that they expected a shortage in, he said.

"Generally speaking, that gasoline is flowing from a line from Colonial Pipeline from Georgia, and those are the areas I would expect to be troublesome in Florida," de Haan continued. "Now the rest of the state, not so much of a problem. The reason for that is much of Florida receives waterborne shipments from the Gulf Coast directly. Tampa, Orlando, Miami -- really the lower two-thirds of the state, along with Jacksonville, are all served via barge."

The disruption, however, comes during a nationwide truck driver shortage and increased demand for fuel heading into the summer travel season.

It's a bad time for a crisis, but Lipow says the crisis isn’t the supply, it’s the delivery.

"Unlike the February freeze in Texas, or a hurricane that shuts down refineries along the Gulf Coast, refineries are continuing to operate; they’re just waiting for the pipeline to restart," he said.

And because the issue is with delivery and not product, de Haan says, prices will not surge.

"This time around, it’s all about supply in these areas, and very little concern about pricing," he added. "It’s only a few cents a gallon that we’re seeing of an increase."