TOLEDO, Ohio - Just over a year after it was painted, a mural dedicated to George Floyd collapsed from the wall of an Ohio building.

Fire officials have said witnesses claim the mural was destroyed by a lightning strike. But city building inspector Hugh Koogan told the Toldeo Blade it appeared to be a result of natural deterioration.

"It was just age. It just came away," Koogan said. "It happens to the older buildings."

The National Weather Service confirms storms struck the area on July 13 and a Doppler radar picked up a lightning strike close by, according to WTVG.

David Ross’ mural, named "Take a Breath," was just one of many murals erected in George Floyd’s honor. (Source: WTOL via FOX Edge)

Even so, David Ross — who painted the mural last year — told the Toledo Blade that he’s skeptical of the cause. Ross received threats last summer as he painted the mural, which makes him wonder if someone has now vandalized his work.

"When I did the mural, there was stuff on the wall that I couldn’t remove and that let me know how strong that structure was," Ross said. "The lightning thing, that’s possible, but I know it didn’t just fall." 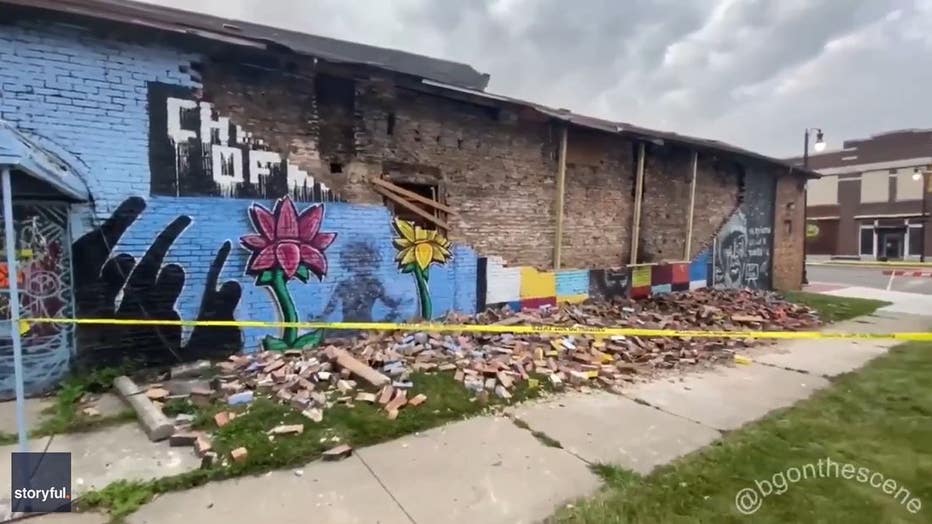 Floyd was murdered in May 2020 by then-Minneapolis Police Officer Derek Chauvin. His death ignited protests across the United States and even inspired demonstrations abroad.

Ross’ mural, named "Take a Breath," was just one of many murals erected in Floyd’s honor.