Talk about using your noodle – a German café used foam swimming noodles attached to straw hats to enforce coronavirus social distancing within its outdoor seating over the weekend, according to a report.

Café & Konditorei Rothe, in Schwerin, Germany, posted a picture of the scene to its Facebook page Saturday.

In the photo, two groups can be seen sitting at separate tables wearing the hats, with wine glasses in hand on a sunny spring day.

Staff members came up with the idea to make sure their customers adhered to their 2-meter social distancing guideline, the Daily Mail reported. (That is about the same as the 6-foot rule in the United States.)

Although the post was written in German, it attracted some English-speaking commenters who weighed in on the scene.

"I, for one, welcome the new normal," wrote Facebook user Garret Keogh. 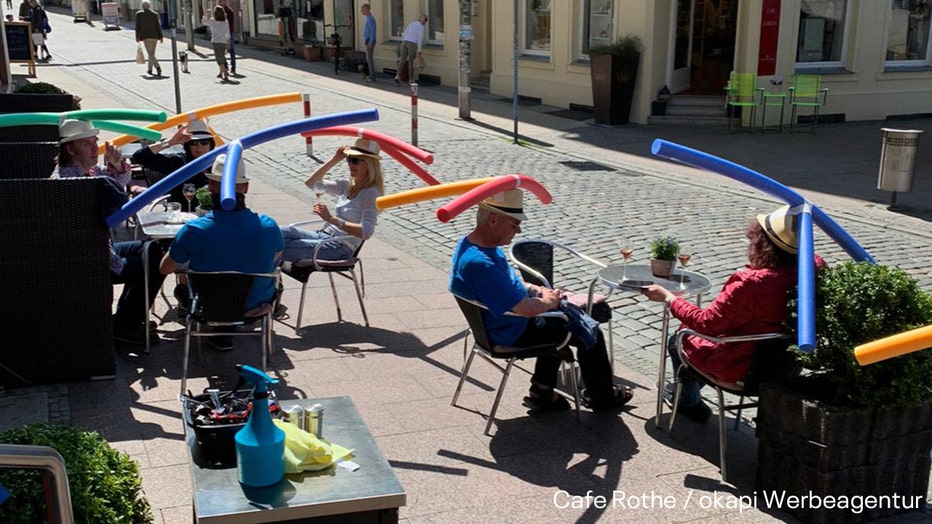 Germany had more than 174,000 confirmed coronavirus cases as of Thursday evening, according to Johns Hopkins University. The country has seen almost 8,000 deaths. 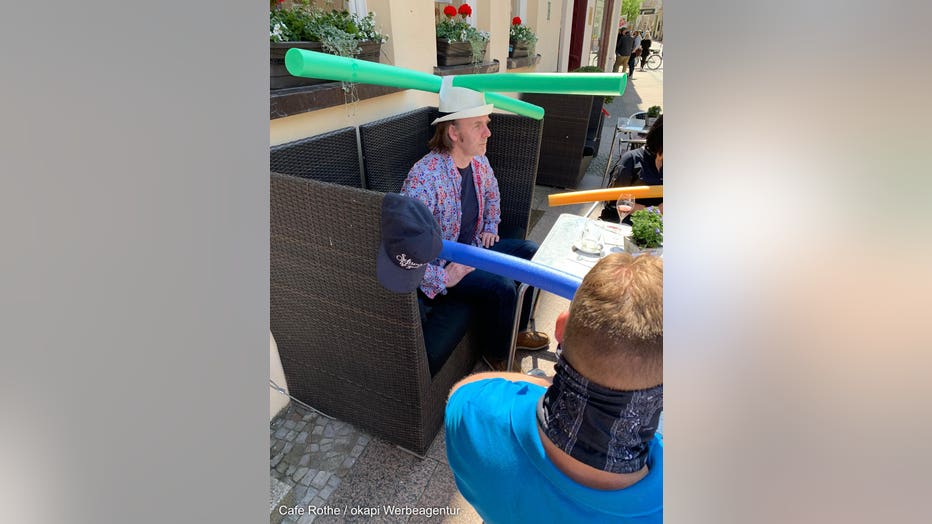 Despite its large caseload, Germany has kept the death toll far lower than in other European nations stricken with the virus in part due to widespread, early testing, lockdown measures and its well-funded and -operated health care system, according to Reuters.

In the United States, there have been more than 1.4 million confirmed cases and over 85,000 deaths.

Lawmakers in both countries are exploring how to reopen the economies, which have seen shutdowns of nonessential businesses in order to try and slow the contagion’s spread.

After meetings with leaders from Germany’s 16 states, Chancellor Angela Merkel announced last Wednesday that the country would begin easing its lockdown restrictions, allowing shops to reopen and school children to gradually return to classrooms. Germany’s football league system, Bundesliga, was cleared to restart as early as May 16.

But just days after the country eased some of its lockdown measures, coronavirus cases briefly climbed again.