GIBSONTON, Fla. - You can’t tell from the outside, but the International Independent Showmen’s Museum near Gibsonton is a portal into the garish colors and characters from old midways somewhere in time.

"You have to have an active imagination to come out to the carnival or circus," said Doc Rivera, the curator. "You know you’re going to see something unusual, but you just don’t know what."

And so it was for Ed McKeever.

"We saw this great poster here in the museum that said ‘Devil Boy, Wolf Boy, Ape Boy,’" said McKeever, "And my son just casually looked at me and said, ‘I wonder what the Wolf Boy is up to now?’ And then we said, ‘Let’s find out.’"

Not long after that came their script for the movie called ‘The Beast Comes at Midnight.’ McKeever says the story centers on a young podcaster trying to warn his town of a flesh-eating monster.

"We’re just looking to make a good, old-fashioned monster movie -- a lot of scares, music, and the moonlight," he continued. 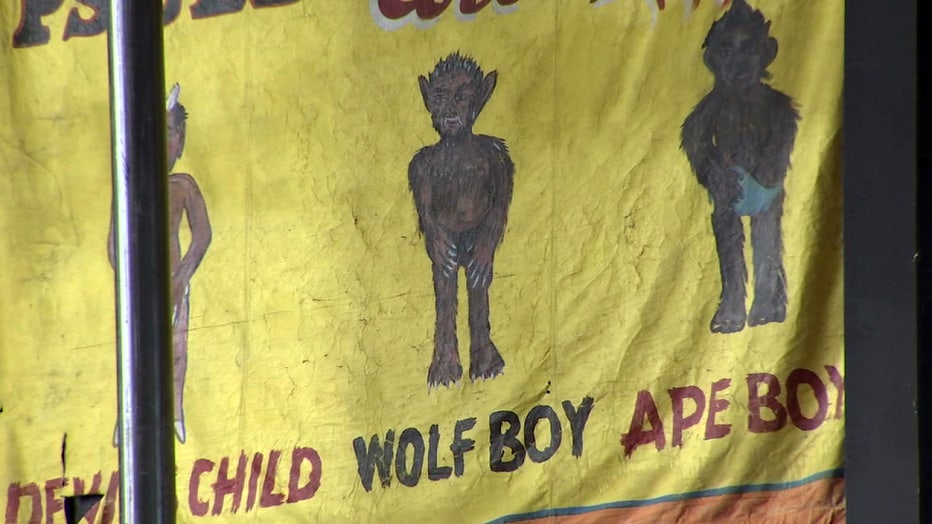 "It was what we in the carnival business call a gaff," said Rivera. "And that is something that is not real, but sold as reality."

The Wolf Boy is actually a doll that lies in a display case at the museum. Back in the 1940’s, people would pay a dime to enter a tent on the midway to see it.

Decades later, more than a thousand people answered an online casting call for a movie inspired by this old, carnival gaff. Filming is to begin in July around the museum and elsewhere in the Gibsonton area.

"I was kind of blown away," said co-producer Todd Oifer. "I had no idea the response we would get and how well received it would be locally."

What’s next? "Maybe vampires," offered McKeever. "There’s a million and one stories to be told here."