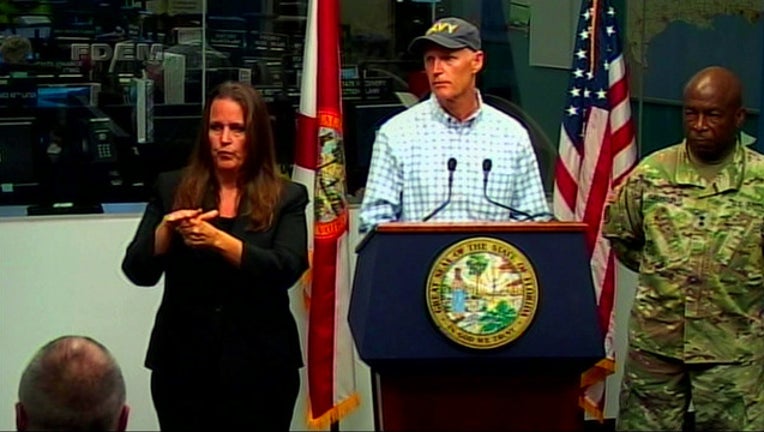 TAMPA (NSF) - With Hurricane Michael expected to blast Florida this week, Gov. Rick Scott on Monday expanded a state of emergency to include 35 counties and asked President Donald Trump for a declaration that would help provide federal assistance.

Also, Scott asked Trump to declare what is known as a “pre-landfall emergency” for the state.

Hurricane Michael is forecast to hit Northwest Florida or the Big Bend in the middle of the week as what the National Hurricane Center has described as a “major hurricane.” The storm is expected to bring power outages, storm surge, rains, flash flooding and tornadoes.