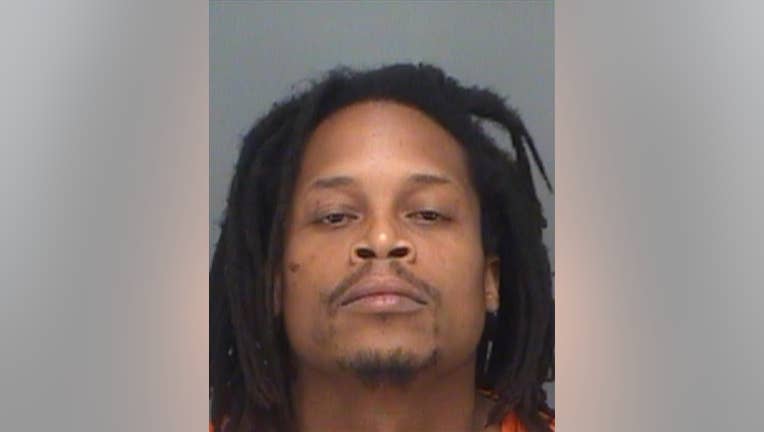 ST. PETERSBURG, Fla. - A Florida man accused of coughing on and spitting at police officers while claiming to be infected with the coronavirus was indicted on a federal terrorism charge.

A federal grand jury in Tampa returned an indictment Wednesday charging James Jamal Curry, 31, with perpetrating a biological weapon hoax, according to court records. He had previously been charged by criminal complaint last month. He faces up to 5 years in federal prison if convicted.

Curry’s attorney, Samuel Landes, said in an email that prosecutors are stretching a law meant for terrorists to cover a run-of-the-mill police encounter.

“The United States Attorney’s position in this case would make each of the millions of COVID-19 patients ‘in possession’ of a biological weapon,” Landes said.

St. Petersburg police officers responded to a domestic violence call involving Curry on March 27, according to court documents. During his arrest, Curry declared that he was infected with COVID-19 and coughed on an officer’s arm, police said.

Curry bonded out of jail the following day, and police were later called to the same residence where Curry had been arrested a day earlier. During his second arrest, Curry spit on an officer multiple times, hitting the inside of her mouth with blood-filled saliva, prosecutors said. Curry again claimed to have the coronavirus, laughed and announced that he was spreading the virus around.

Law enforcement obtained a warrant to test Curry for COVID-19, and the result was negative.