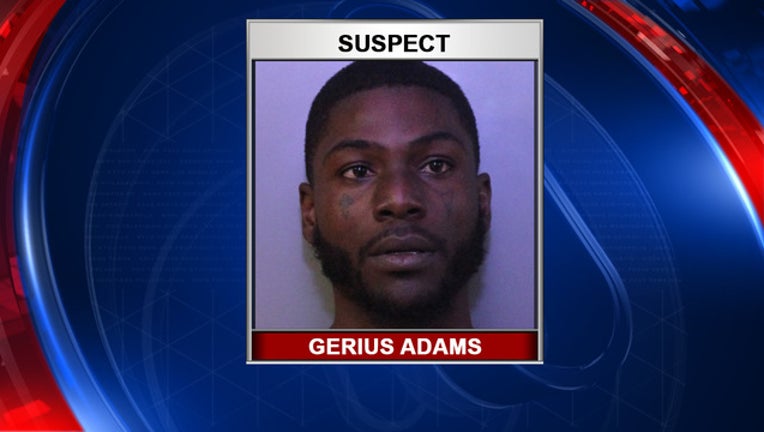 The resident arrived home around 8:40 a.m. Thursday, peeked out the living room window, and spotted 26-year-old Gerius Demetric Adams sleeping on the front porch couch. Adams was covered up with a blanket that was taken from a shed on the property, according to the Haines City Police Department.

Those inside the home said they did not know Adams and they didn’t allow him to sleep on the porch, police said. Adams was also found him with a loaded shotgun with a jagged end. The gun was shorter than the 16-inch minimum, which is required under Florida law. The serial number near the trigger appeared to have been filed down and painted over, police said.

According to the police department, Adams is a felon and not allowed to have a firearm. During an interview, police said Adams told them he was drunk and “very tired.” He ended up walking onto the porch and falling asleep.

He couldn’t recall where he got the blanket, officials said. Adams was also aware he couldn’t possess a gun but said he “needed protection,” they added.

"Guns and alcohol are a bad combination," Chief Jim Elensky said. "The most important thing here is that no one, including Mr. Adams, was hurt. Those inside did the right thing by calling us and our officers responded quickly."

Adams faces several charges including possession of a short-barreled shotgun and armed burglary.