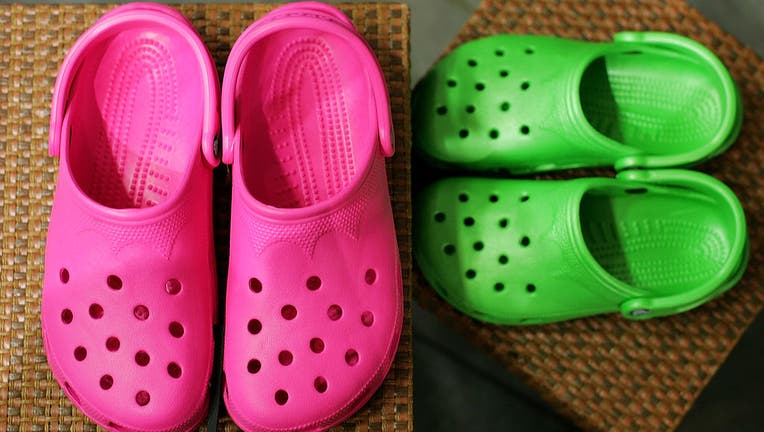 Two decades ago, Crocs hit the market and earned a unique place in culture as a "love ‘em or hate ’em" style of footwear.

"But they’re so comfy!" you’d often hear supporters say. Whether you proudly wear or turn your nose up at the shoe, Crocs are here to stay.

"In 2002, we introduced the world to one of the most unique brands that anyone had ever seen," the Crocs website reads. "We were different and it made some people uncomfortable."

Now, 20 years later, the foam clogs are sold in more than 85 countries with up to $3.5 billion in sales expected this year.

The brand has enjoyed a resurgence in popularity in the past few years thanks to Gen Zers, who rank Crocs as a favorite brand, according to a recent survey.

Now the shoes, that first only came in a handful of solid, bright colors, are ever-evolving. Crocs have seen countless celebrity, brand, and designer collaborations.

Limited-edition footwear has come from collaborations with artists such as Justin Bieber, SZA, Post Malone, Luke Combs, and Bad Bunny, and brands such as 7 Eleven, Vera Bradley, Hocus Pocus, and Peeps. Luxury fashion house Balenciaga even debuted a platform version on its runway in 2018.

The shoe has also become a staple among healthcare workers, who are on their feet for hours a day. Since the start of the COVID-19 pandemic, the company has donated nearly 1 million free pairs to the industry, solidifying their solid reputation.

And now with the countless addition of Jibbitz — the fun, symbolic charms you see sticking out of the Croc holes, Crocs can be tailor-made to fit anyone’s style in any generation. 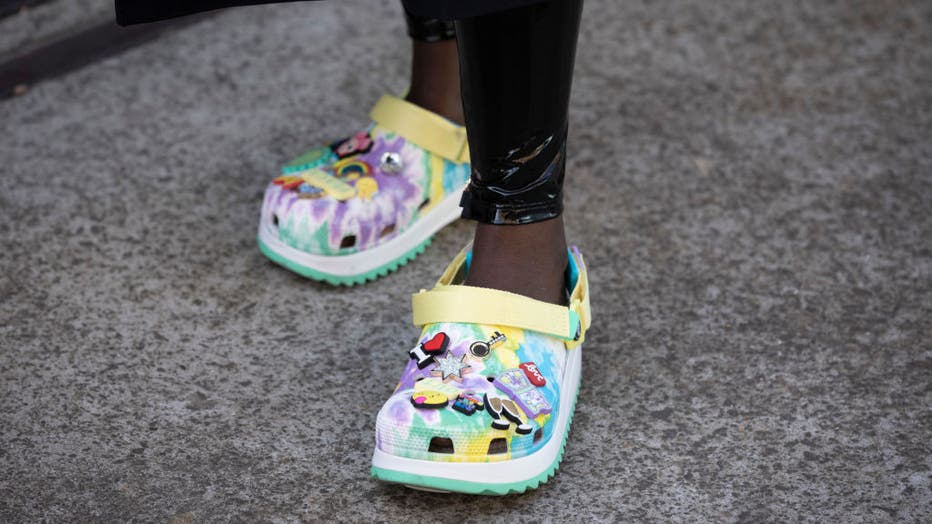 "Over the last two decades, as we've grown up [our fans] have too, and together we've created a global comfort revolution," said Crocs CMO Heidi Cooley.

Crocs has been celebrating its anniversary all month long during what’s been dubbed "Croctober."

"Croctober is one of our most favorite times of the year – a time to recognize our fans, many of whom have supported us unconditionally since the beginning and who live at the heart of our brand," said Cooley.

It all started on Oct. 23, 2017, with what was originally known as National Crocodile Day. Crocs fans saw an opportunity to turn it into a celebration of their favorite shoe, the company said. Social media posts showing off different Croc stylings caught fire, and soon Croc Day was born.

The one-day celebration has now evolved into what’s known as Croctober, with this Croctober bringing in special celebrations for the company’s 20th anniversary.

Every day for the first week of the month, Crocs gave away tens of thousands of free pairs of shoes to Crocs Club members.

And on Oct. 23, in honor of "thee" Croc Day, the company is taking their celebration "out of this world" — and into the Metaverse.

Crocs is hosting a first-of-its-kind global Metaverse experience. Hosted on Zepeto and Roblox platforms, the immersive virtual event will feature a special guest appearance, allowing fans to engage through a live in-game meet and greet, and extending VIP benefits to Crocs Club members.