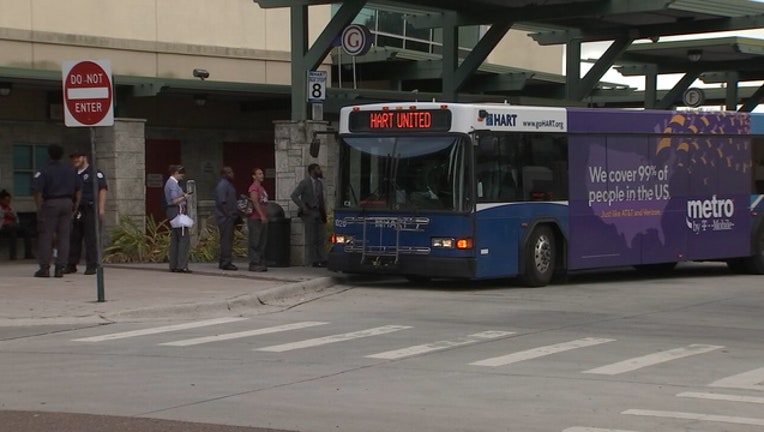 TAMPA, Fla. (FOX 13) - HART is hosting a statewide security expo at the Tampa River Center Monday, in an effort to learn from other transit leaders.

The event comes two months after the death of Thomas Dunn, a HART bus driver who was stabbed to death on May 18. Alleged assailant, Justin McGriff is currently facing first-degree murder charges.

Since the incident, HART and Pinellas Suncoast Transit Authority (PSTA) have been working on plans to improve safety.

Pinellas' bus company approved protective barriers for their 210 buses back in June, and within a week of that announcement, HART said it was planning to install safety-barriers on all of its buses and "flex-vans." HART's design will have tempered glass and cover the entire operator's space. The organization set aside $1 million dollars for the project, which is set to begin in the fall.

HART drivers have been demanding improvements since Dunn's death. Dunn himself even raised safety concerns to HART officials.

The meeting will feature speakers from across the state and nation, and vendors will also be demonstrating the latest in transit safety and security technology.