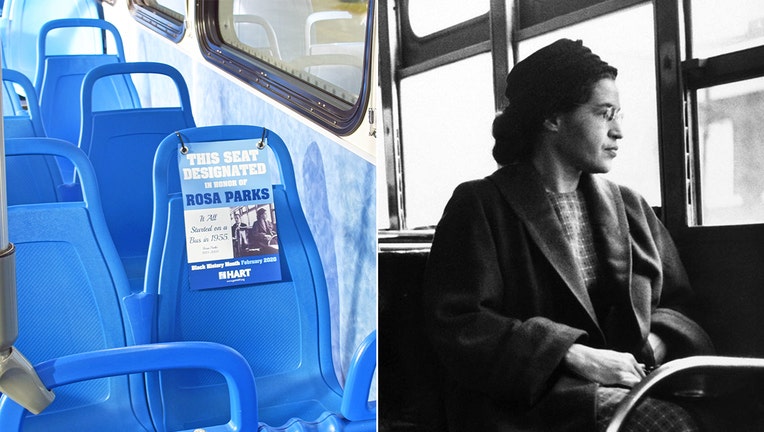 TAMPA, Fla. - Throughout the month of February, there will be one seat on each HART bus that no one can use. That’s because that one will be reserved in honor of Rosa Parks.

HART officials announced they wanted to celebrate the life and contributions of Parks “by saving her a seat on all HART buses throughout February.”

Parks was 42 when she committed an act of defiance in 1955 that altered the course of American history and earn her the title "mother of the civil rights movement."

At that time, Jim Crow laws in place since the post-Civil War Reconstruction required separation of the races in buses, restaurants and public accommodations throughout the South, while legally sanctioned racial discrimination kept blacks out of many jobs and neighborhoods in the North.

The Montgomery, Ala., seamstress, an active member of the local chapter of the National Association for the Advancement of Colored People, was riding on a city bus Dec. 1, 1955, when a white man demanded her seat.

Parks refused, despite rules requiring blacks to yield their seats to whites. Two black Montgomery women had been arrested earlier that year on the same charge, but Mrs. Parks was jailed. She also was fined $14.

Her arrest triggered a 381-day boycott of the bus system organized by a then little-known Baptist minister, the Rev. Martin Luther King Jr., who later earned the Nobel Peace Prize for his work.