According to deputies, Approximately 250 people were gathered outside the gas station around 4 a.m. when a fight broke out and shots were fired. Three people were shot and taken to Tampa General Hospital.

Neighbors say large crowds of people is not uncommon at the gas station.

"About two weeks ago, I came out here to pick up a few things from the store. When I came out, the parking lot was so crowded, I couldn't even get out through my chair,” C.C. Ramirez, a nearby resident. 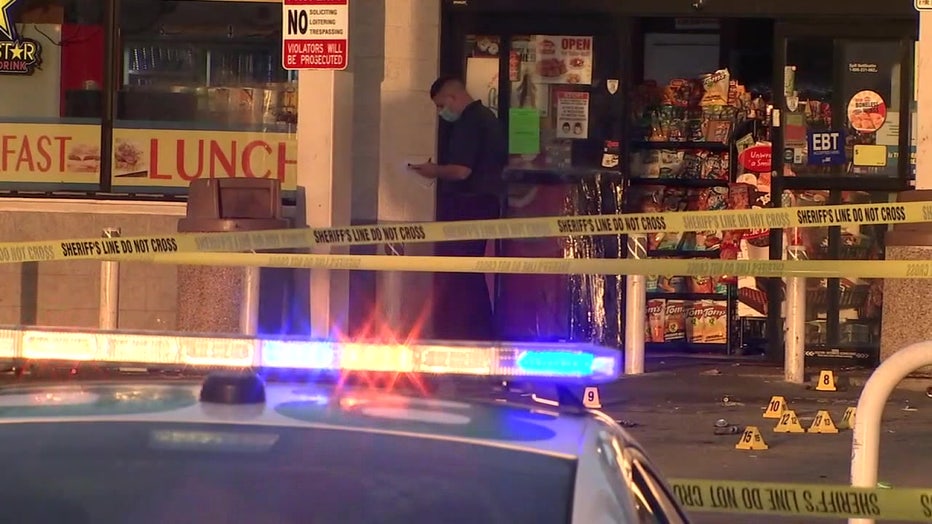 But Sunday’s gathering has Ramirez concerned.

"People hanging out I have no problem with. Live and let live as they say. But when this happens, no, that's something I don't particularly care for,” said Ramirez.

Deputies said witnesses at the scene were uncooperative as deputies worked to gather information on the shooting.

"There is no question that someone has cellphone video or saw something that could help detectives locate the individuals responsible and take them into custody. We are asking witnesses to come forward," said Sheriff Chad Chronister. "Anyone with information can call the Hillsborough County Sheriff's Office at 813-247-8200."

The shooting is under investigation. Anyone with information is asked to contact Crime Stoppers of Tampa Bay at 1-800-873-8477.