TAMPA, Fla. - They dance all day and night across downtown Tampa. You can see them from miles away, in every direction.

Tower cranes are transforming the city's skyline at lightning speed.

"I think it’s probably the most unique piece of equipment in high rise construction," said Nick Krarup, project executive on the Water Street project in Channelside.

Without tower cranes, Krarup believes plans like his simply wouldn't get done.

"It could, but it would probably take way longer than the developer would like," he said.

He currently oversees six cranes and their operators.

"It is quite a dangerous job. It takes a seasoned professional to do it properly," he said.

Tower crane operator and Tampa native Carlos Cazeres has been working on the Water Street project for nine months. He said the job can be a little isolating. 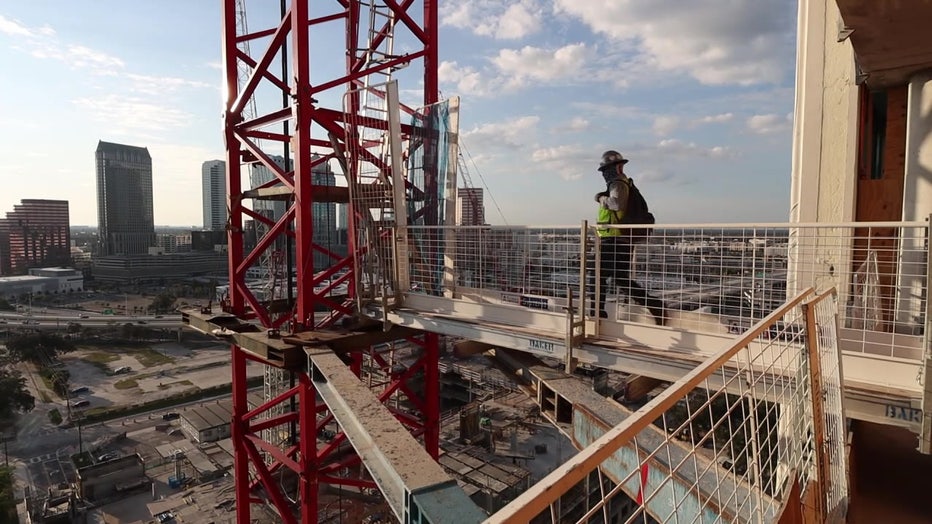 Every workday, he rides the elevator to the 16the floor of 1001 Water Street, soon to be an office building, and then climbs 125 of the 335-foot tower to the cabin of his crane.

His shift at the top can run upwards of 14 hours long. It's demanding work in a tight space with a lot on the line.

"Window panels are 25,000 pounds. You are picking them up, stretching them out 150 feet at 330 feet up in the air. So it’s amazing what these machines can do," Cazeres said. 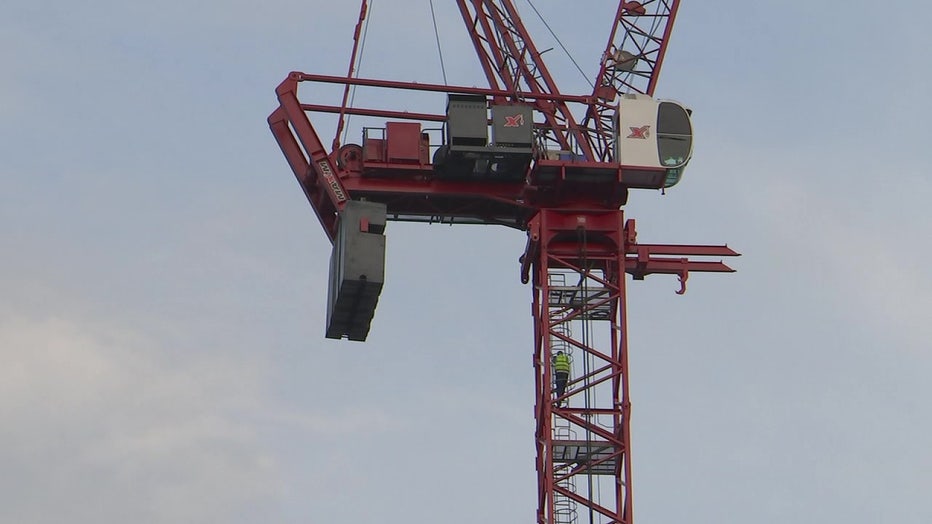 For all that pressure on the job, he's rewarded with an unobstructed, 360-degree view of the city.

"We get to see sunrise and sunset both in the same day, sometimes. It's beautiful," he said.

Cazeres said being from the area gives him an appreciation for his role in the changing landscape.

"That’s the best part of it. That you are from local and you get to be part of the local changes that are happening in the same community you grew up in." 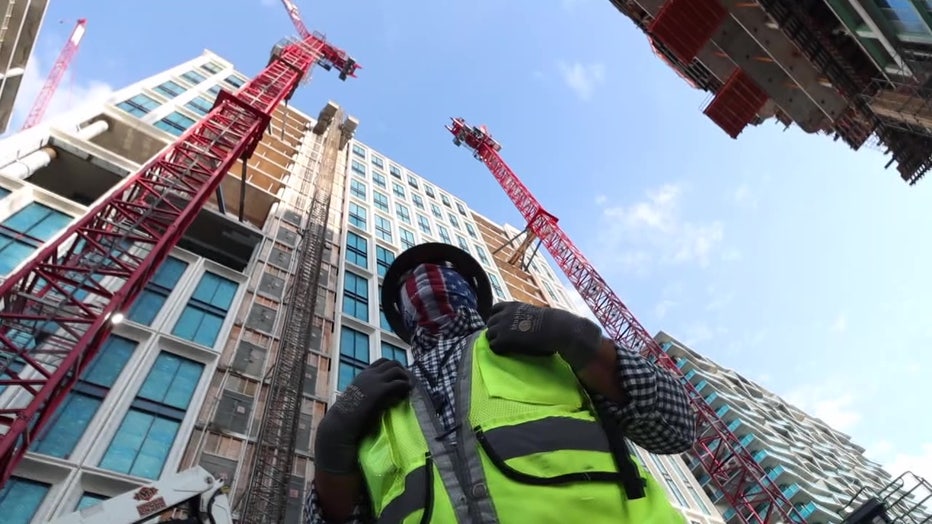