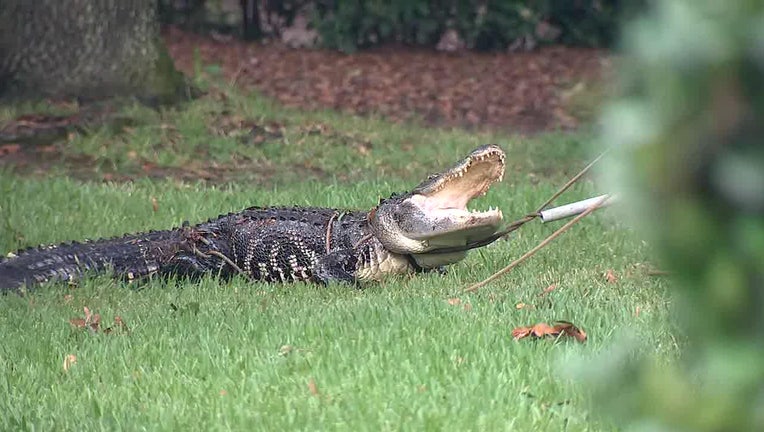 TAMPA, Fla. - A Tampa homeowner woke up Tuesday morning to find an alligator in her pool.

The male gator measured to be about 8 feet, 6 inches long, according to Robb Upthegrove, a nuisance alligator trapper with the Florida Fish and Wildlife Conservation Commissioner. The reptile entered the backyard pool of a home in the 17000 block of Timberview Street.

"He's a big gator. Big to be in this area," Upthegrove explained. "The water is drying up so they're moving around."

Upthegrove safely removed the alligator from the screened-in pool area, and used a scooter to transport it from the yard to the back of his truck. In the trunk, there was already two other gators he captured during the overnight hours.

According to FWC, gator mating season usually occurs in May or June. Courtship begins in early April.

"The temperatures changed and mating season is starting," Upthegrove said. "We're in a drought, so gators are trying to relocate to a different neighborhood."

He reminded Floridians that alligators typically move around at night. If you see one, he asks that you call your local law enforcement agency. 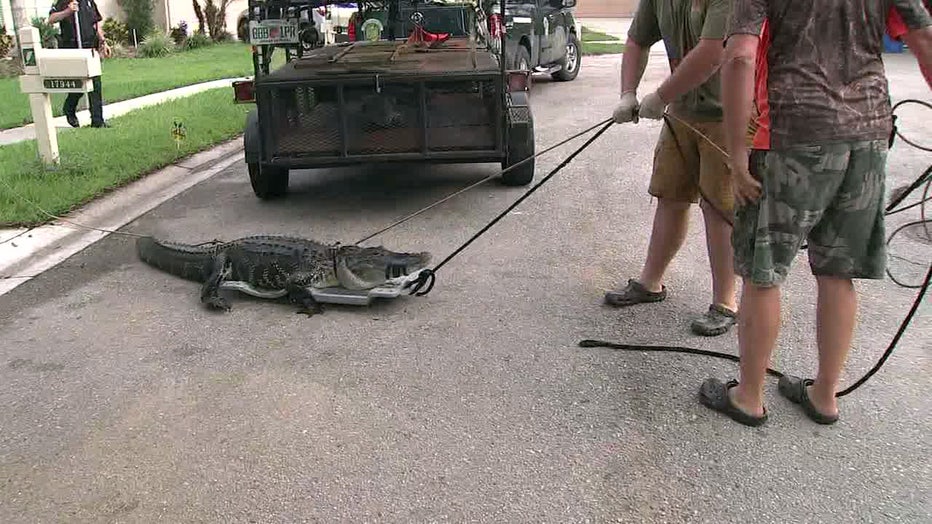