The Hillsborough County sheriff's Office is searching for a man who stole a $3,000 puppy from a Tampa pet shop.

TAMPA, Fla. - The Hillsborough County Sheriff’s Office is searching for a man who stole an eight-week-old Maltese puppy from All About Puppies Thursday afternoon.

According to HCSO, the suspect entered the store located at 13705 North Dale Mabry Highway around 3:30 p.m. Surveillance video captured the man grabbing the puppy, with a retail value of $3,000 from its playpen and fleeing the store as employees raced behind him. 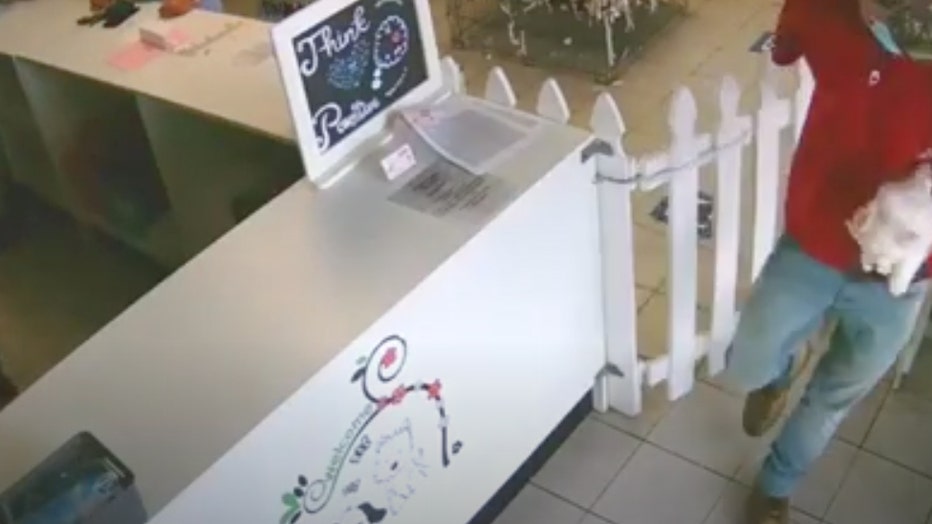 The suspect managed to drive away in a burgundy red Kia Spectra that fled northbound on North Dale Mabry Highway. The puppy is microchipped and has been flagged as stolen.

The suspect is described as a white male in his 20's with a thin build. He has a skull tattoo on his right wrist and a butcher’s knife tattoo behind left ear. 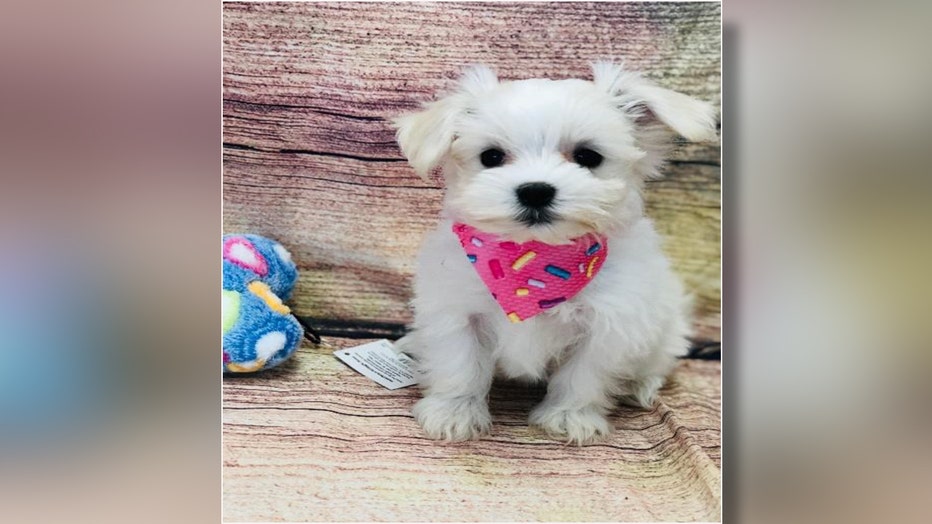 Courtesy: All about Puppies

"This man entered a pet store in broad daylight and snatched a puppy with no hesitation," said Sheriff Chad Chronister. "Not only is it a living creature that deserves to be treated with respect, it belongs to this business, and should have only left with someone who paid for it."

Anyone who recognizes the man in the surveillance video is asked to contact the Hillsborough County Sheriff's Office at (813) 247-8200.