TAMPA, Fla. - He’s barely old enough to drive a car, but 17-year-old Erriyon Knighton has the kind of horsepower few in the world possess.

Wednesday, he's putting it on full display in Tokyo.

"I’m not surprised by anything. The kid puts in the work," said Knighton’s track coach Jonathan Terry.

The soon-to-be senior at Hillsborough High School has qualified for and will compete for a chance at gold in the men's 200-meter final Wednesday morning.

"It is uncharted waters. He went from not running track as a 9th grader to an Olympian in 2.5 years. That doesn’t happen," said Hillsborough High School football coach Earl Garcia. 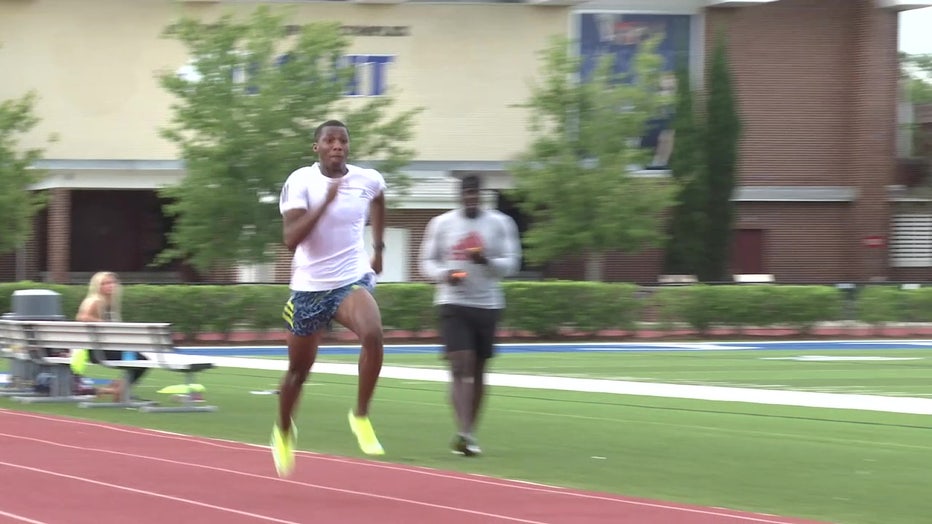 His gifts are undeniable. In June, he broke Usain Bolt's 200m record for athletes under 18.

"It is not every day you get an Olympian and to have the chance to win the gold silver or bronze that's extraordinary," Garcia said.

Knighton didn't set out to break a record set by arguably the greatest sprinter of all time, but he knew he would do something special that day.

From Hillsborough High to Tokyo – it has been quite a ride for Knighton.

He's said to be feeling confident heading into the biggest race of his young life.

"He knows he has the whole city behind him, his village is so strong, his support system, he's just very happy," said Terry.