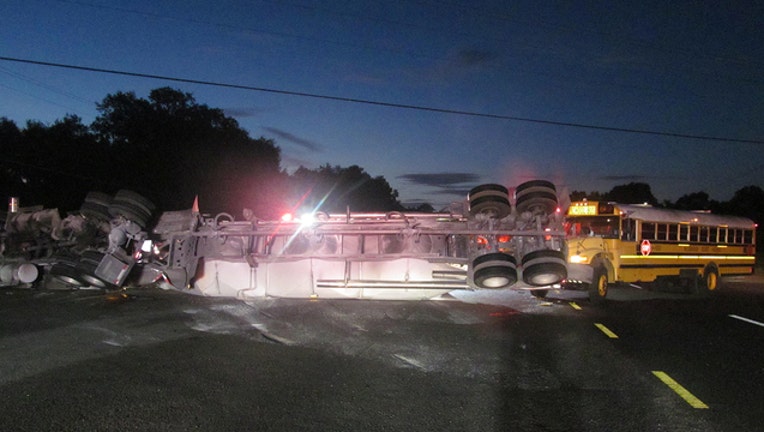 PLANT CITY (FOX 13) - A 72-year-old school bus driver was cited after the bus crashed into a semi-truck.

Troopers said the school bus driver slowly entered the intersection, and the semi-truck driver attempted to avoid colliding into the school bus. The driver steered left, lost control and overturned across the roadway. The trailer towed by the semi collided with the front of the school bus, according to FHP.

The driver of the Corolla steered into the outside shoulder of SR-60 to avoid colliding into the semi and school bus.

One student, an 8-year-old, was on board and had minor injuries, and was transported to a nearby hospital. There were no other reported injuries. The school bus driver was cited for violation for right-of-way.