VENICE, Fla. - Hurricane Ian's winds ripped through Venice Theatre, peeling the roof back and damaging other parts of the historic building as well.

The venue's executive director, Murray Chase, said he was hunkered down at home during the storm when one of the board members texted him a photo of the venue.

"I knew – through the rain – that it was pretty bad but, of course, we couldn’t get out of our neighborhood until this morning to come down and take a look," he told FOX 13. "It’s a pretty tough scene to see the amount of devastation that this storm can bring. We knew there would be some hard hits across the community." 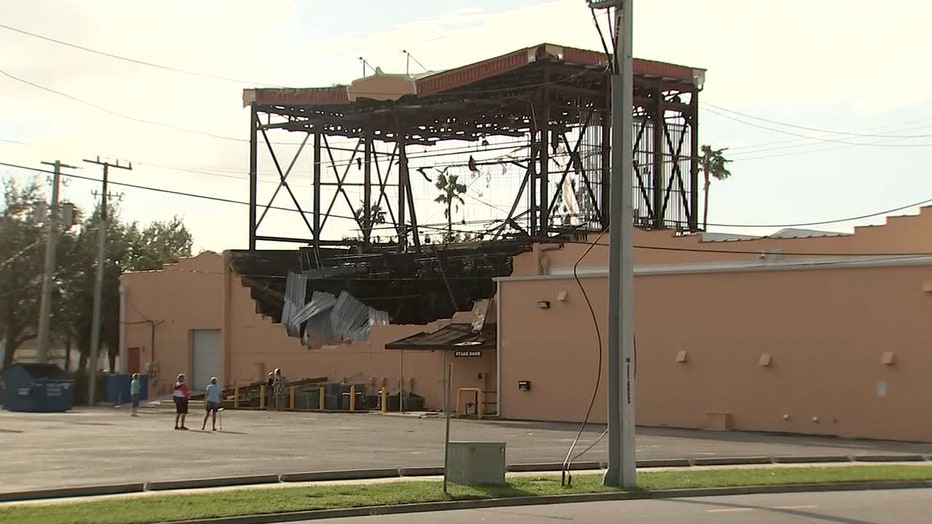 But the people who have been putting on a good show for years said Hurricane Ian will not be the final act.

"Stay with us. We will be back, and we will back strong." 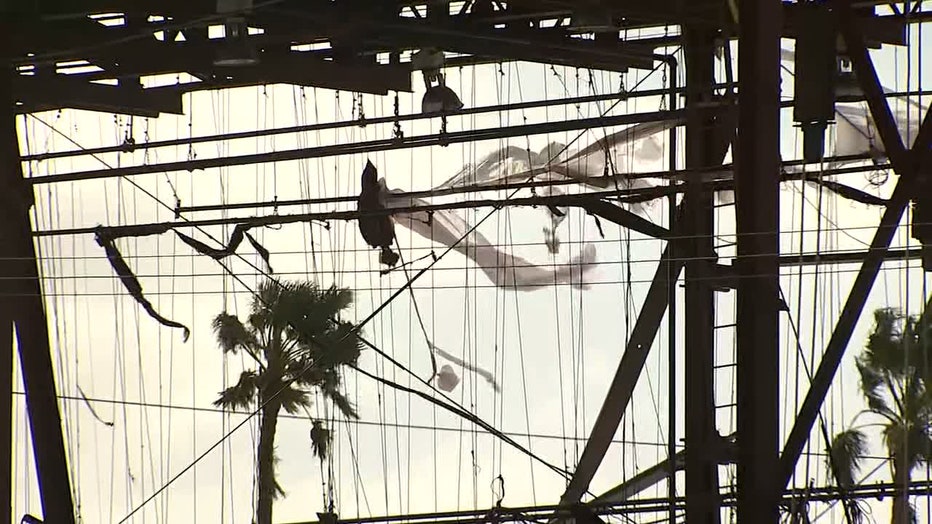 By daybreak, the destruction was visible, the stage now exposed to the elements.

Chase said the next step is to take a look at the three buildings on the property, and determine how best to use them, until further notice. 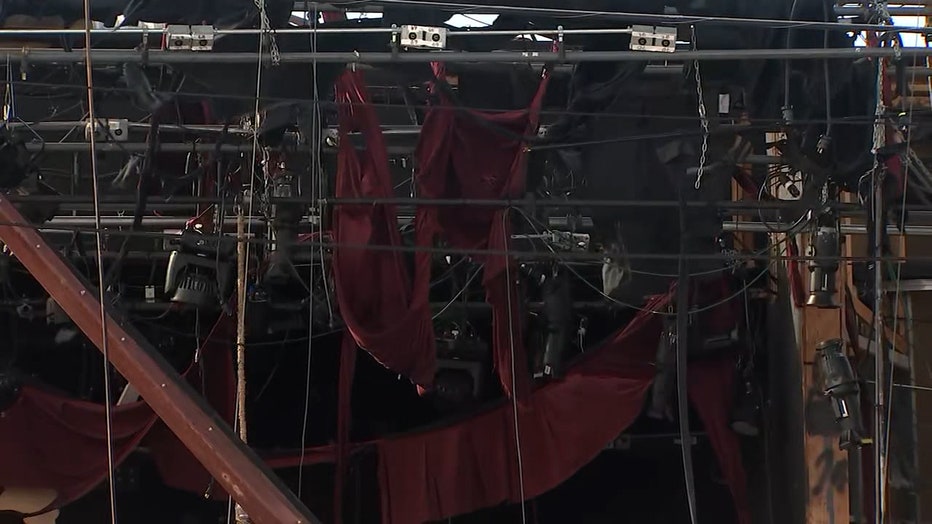 He said it is too early to know the extent of the damage.

Buildings along Tampa Avenue in downtown Venice also had damage. The roof of Barclay's Pharmacy peeled back, allowing the rain from Hurricane Ian to pool inside.

Throughout the town, shop owners surveyed the destruction.

At the theatre, supporters gathered, hugging and comforting one another. 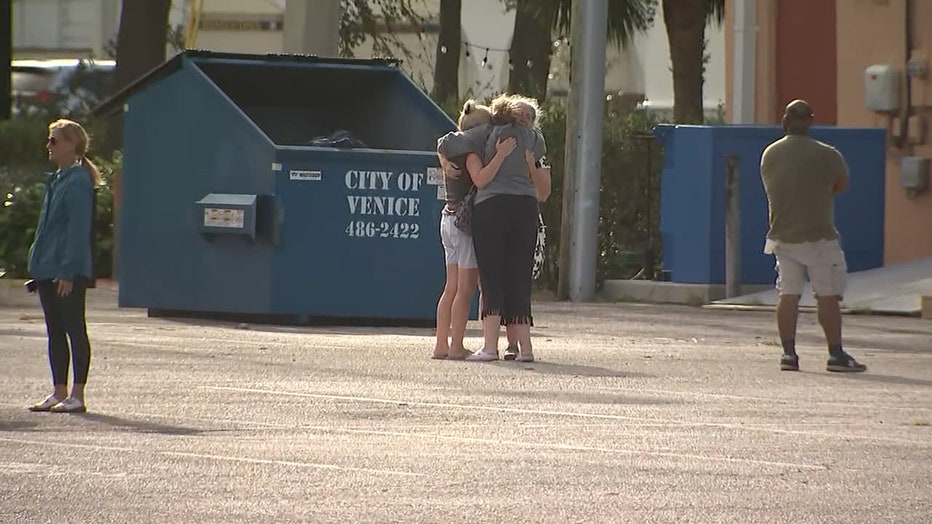 "We will assess the damage, look at our assets here, the three buildings, while we are recovering, but it’s just too early to know the extent until we can actually have the professionals on site and the first responders," Chase said.

Shows at the Venice Theatre have been canceled until further notice. Those who have tickets will be contacted about schedules.