SARASOTA, Fla. - Plenty of workers and first responders hunkered down at the SRQ airport as Hurricane Ian blew strong winds over the area. While the executive director years was in his corner office, he witnessed part of the roof bend and rip off – a first for him after 27 years on the job.

A section of the membrane roof blew off around 3:30 p.m. Wednesday at the Sarasota Bradenton International Airport, Rick Piccolo explained to FOX 13. It caused water to start trickling inside the terminal. Then, part of the ceiling caved, causing even more water intrusion. 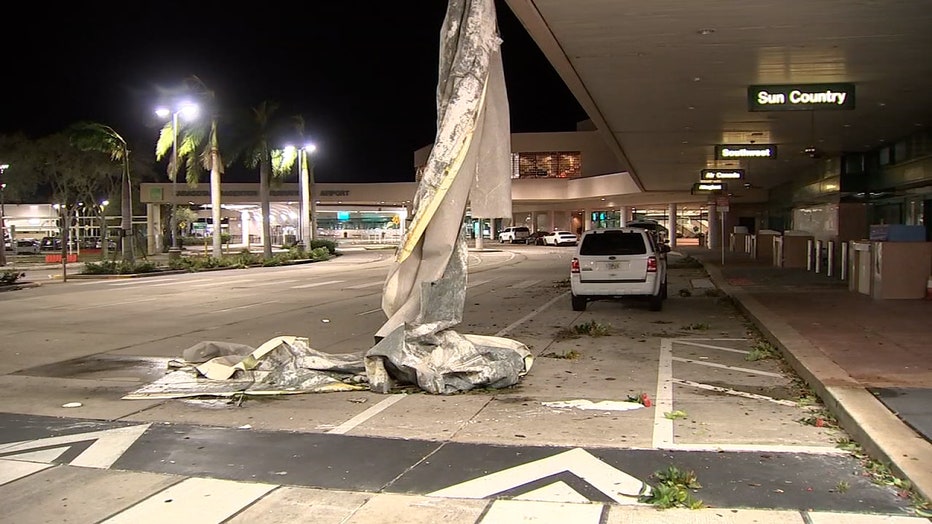 Rick Piccolo, the president and executive officer of the Sarasota Bradenton International Airport, said this is just a "small part" of the roof membrane that ripped off during Ian. The rest is still on the roof. (FOX 13 / File)

"There’s still a lot of roofing material that the membrane rests on, so it’s not like [the terminal is] wide open to the sky," he described. "Those materials are not waterproof. As it rained and rained and rained for 15-16 hours, that water started coming through."

"It was pretty intense here," Piccolo added. "A lot of wind, obviously, and rain." 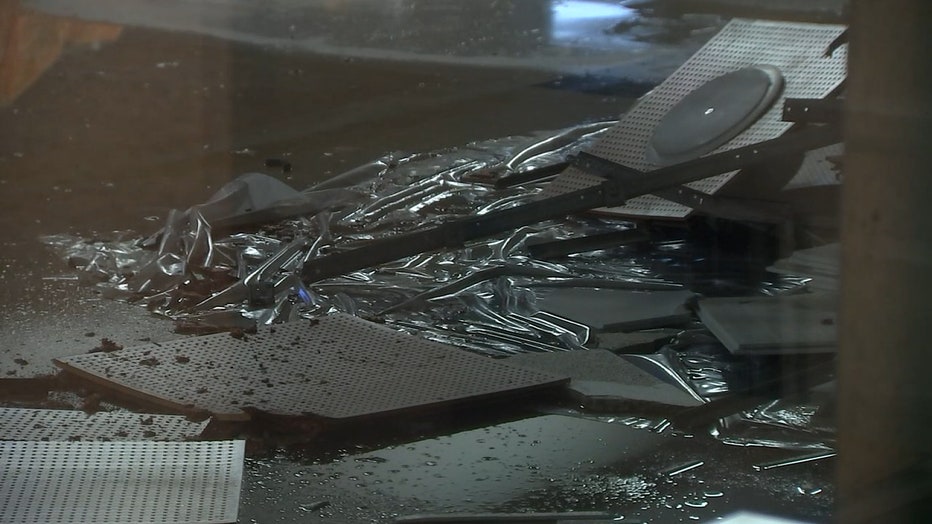 A "small part" of that membrane was twisted, hanging off the edge of the roof with the other end resting in the airport's drop-off area.

"This is just a small piece of it," Piccolo said. "The rest of it is still up there."

Computers were covered to avoid any water damage. Airport officials are aiming to reopen by late Friday night or Saturday morning.

"Our first concern was safety both for the employees that were trying to work on this and make sure we didn’t get further damage," he offered. "It's obviously very disappointing to see this happen. The good thing is no one was hurt. Now our effort is to get it safe, so we can resume operations." 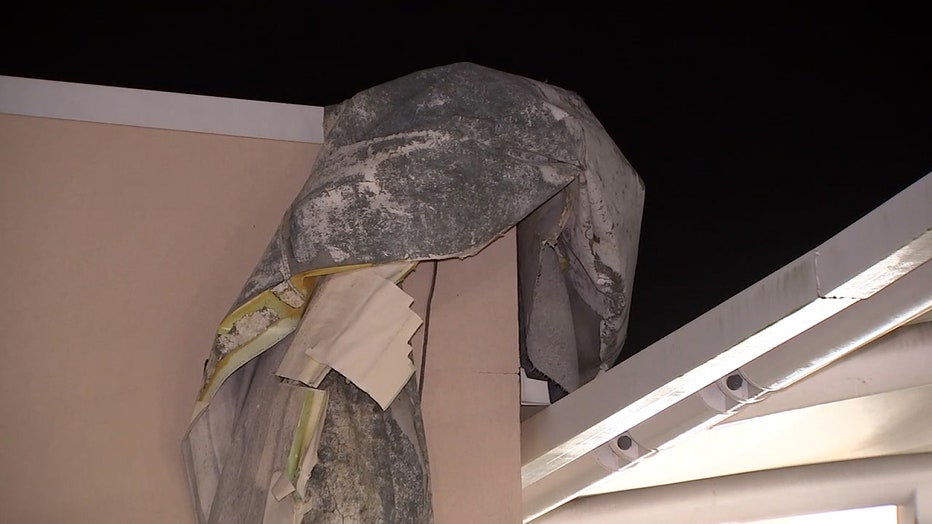 Beyond that, there was just minor damage.

"I’ve been here 27 years," Piccolo noted. "I’ve been here through some other storms, but this was by far the worst. The last storm was Irma. We had a number of trees down, but that was probably our biggest problem."

The next step will be to hire a company that can refurbish the roof – but, Piccolo said, at least the airport can be operational before that.