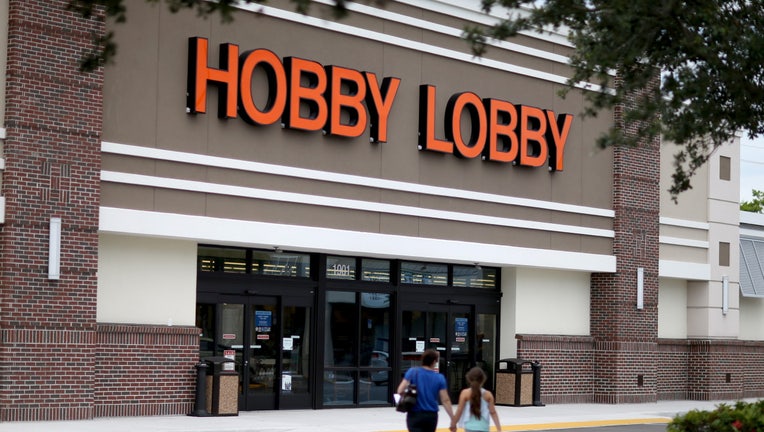 A Hobby Lobby store is seen on June 30, 2014 in Plantation, Florida. (Photo by Joe Raedle/Getty Images)

OKLAHOMA CITY - Hobby Lobby workers will be getting a raise to ring in the new year.

The craft store chain announced it will raise its minimum full-time hourly wage to $18.50, effective January 1, 2022.

The company made the announcement Tuesday, noting that it was one of the first retailers to raise its minimum wage to $15 back in 2014, "well before it became a trend with other retailers."

Hobby Lobby says it has raised its minimum wage 12 times over the past 13 years.

RELATED: T-Mobile to pay hourly employees minimum of $20 an hour

"We have a long track record of taking care of our employees," Hobby Lobby founder and CEO David Green said in the company's announcement. "In 1998, we made the decision to close our stores on Sundays, and at 8:00 p.m. the rest of the week, to provide employees time for rest, family, and worship."

Green continued, "We are thankful for our success as a company and thrilled to begin the new year by sharing that success with thousands of our employees."

The company's announcement follows T-Mobile's pay raise for its employees. On Monday, the wireless provider said it was raising its minimum hourly wage to $20 per hour for all 75,000 of its workers, regardless of full-time or part-time status.

Both companies' movies come as a steady rise in inflation is poised to hurt middle-class workers, who often rely on hourly wages.