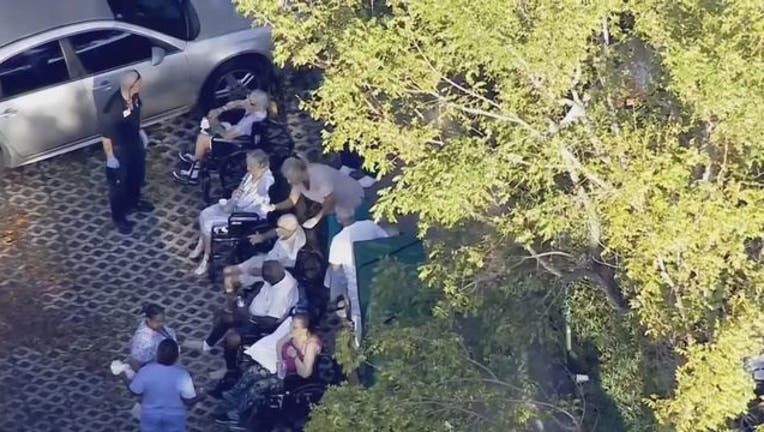 TALLAHASSEE (NSF) - A Hollywood nursing home where eight residents died Wednesday after Hurricane Irma is rated “below average” in a federal scorecard that includes information about issues such as inspections, staffing, and quality of care.

Another 115 residents were evacuated from the Rehabilitation Center at Hollywood Hills.

The nursing home had been without air conditioning after Hurricane Irma knocked out electricity in the area. The Florida Health Care Association, a nursing-home industry group, said Wednesday morning that about 150 of nearly 700 nursing facilities in the state do not have electricity fully restored.

Gov. Rick Scott issued a statement early Wednesday afternoon saying he had directed the state Agency for Health Care Administration and the Department of Children and Families to work with law-enforcement officials in investigating the deaths.

"Although the details of these reported deaths are still under investigation, this situation is unfathomable," Scott tweeted. "Every facility that is charged with caring for patients must take every action and precaution to keep their patients safe --- especially patients that are in poor health."

The federal government's Medicare.gov website rates and provides basic information about nursing homes across the country. It gave The Rehabilitation Center at Hollywood Hills, a for-profit facility with 152 beds, an overall rating of “below average.”

The website includes a federal Centers for Medicare & Medicaid Services report that said a health inspection was conducted by the state March 31 and found a series of deficiencies at the facility. While some of the deficiencies appeared likely to affect few residents, the report indicates other more-serious deficiencies were found in areas such as food safety, disposal of garbage and infection-control programs.

“Based on observation and interview, it was determined that the facility failed to handle, store, process, and transport linens so as to prevent the spread of infection,” one part of the report said.

Another part of the report said, “Based on observation and interview, it was determined that the facility failed to store, prepare, distribute and serve food in accordance with professional standards for the food service safety.”

The federal scorecard, however, gave an “above average” rating to The Rehabilitation Center at Hollywood Hills for staffing. For example, it said the facility's certified nursing assistants significantly exceeded state and national averages for the amounts of time they spent with each resident daily.

But on some other quality indicators, the nursing home was below average. For example, the website said 25.9 percent of “short stay” residents were hospitalized again after admission to the nursing home, above the state average of 23 percent and the national average of 21.1 percent.

For residents who stay longer periods, the website indicates The Rehabilitation Center at Hollywood Hills had higher-than-average incidences of falls with major injuries, urinary tract infections and pressure ulcers.

Information on the state Agency for Health Care Administration's website said the nursing home's current license was effective July 17 and expires July 16, 2019. AHCA said the facility has an occupancy rate of 93 percent.

The Sun Sentinel reported that Hollywood Police Chief Tomas Sanchez said authorities are conducting a criminal investigation of the deaths. Also, U.S. Sen. Bill Nelson, D-Fla., called for the federal Department of Health and Human Services, which includes the Centers for Medicare & Medicaid Services, to get involved.

“This is inexcusable,” Nelson tweeted. “I've asked HHS to look into this.”

The Florida Health Care Association described the deaths as a “profound tragedy within the larger tragedy of Hurricane Irma.” It said it has “flagged” facilities without power to the Agency for Health Care Administration so utilities can prioritize locations with the greatest needs.

“In the days prior to the storm and through today, we have been in regular communication with our facilities to help coordinate needs and ensure proper implementation of the emergency management plans each facility is required to have,” the statement from the association said. “We are continuing to actively work with local, state, and federal officials --- and the appropriate utility and aid organizations --- to ensure that the needs of the residents in these facilities are met.”

The Sun Sentinel quoted nursing-home administrator Jorge Carballo as saying The Rehabilitation Center at Hollywood Hills has had a “prolonged power failure to the transformer which powered the facility's air conditioning system as a result of the hurricane.”

“Facility administration has been in communication with Florida Power & Light and the governor's office since the beginning of Hurricane Irma, and is cooperating fully with relevant authorities to investigate the circumstances that led to this unfortunate and tragic outcome. Our hearts go out to the families and friends of those who were affected,” the Sun Sentinel quoted Carballo as saying.

Florida Power & Light spokesman Rob Gould said during a midday news conference he didn't know if there were calls about a need for power restoration at the facility.

“We do know that we had portions of the facility energized, and that's really at this point what I can share to you,” Gould said.