LAKELAND, Fla. - Talk about a possible new hospital going up in Polk County has residents in one neighborhood feeling uneasy.

Lakeland homeowners are worried about what may be going up nearby on 29 acres just off 540A on Harrell’s Nursery Road.

HCA Healthcare, one of the largest hospital chains in the country, just bought the property.

Surrounding residents are worried that HCA plans to build a hospital with up to 500 beds, which they say would ruin their idyllic neighborhood.

So they are taking to social media to launch a campaign to stop what HCA has in mind and have rallied hundreds of supporters. 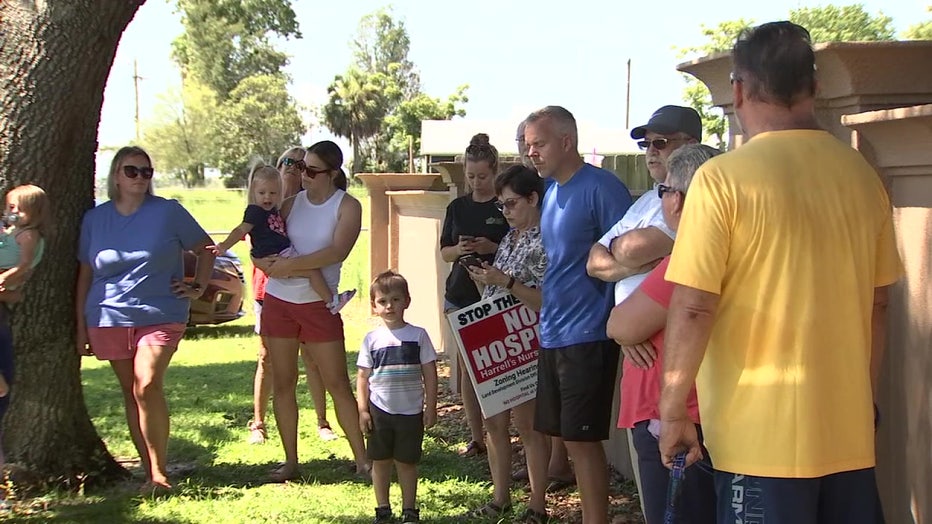 They are worried that their neighborhood property values will go down and that their quiet lifestyle will be a thing of the past.

"If you have an enormous hospital behind you, how is that going to impact our homes, our family lives, our quality of life?" asked Laura Coyle.

Katharine Jonsson, who has two preschoolers, is thinking about how to keep them safe with a massive increase in traffic.

"What happens when an ambulance comes in at 100 miles an hour? Who is going to guarantee my children’s safety?" she questioned.

An HCA spokeswoman told FOX 13 that it is still up in the air what her company plans to do with the property. 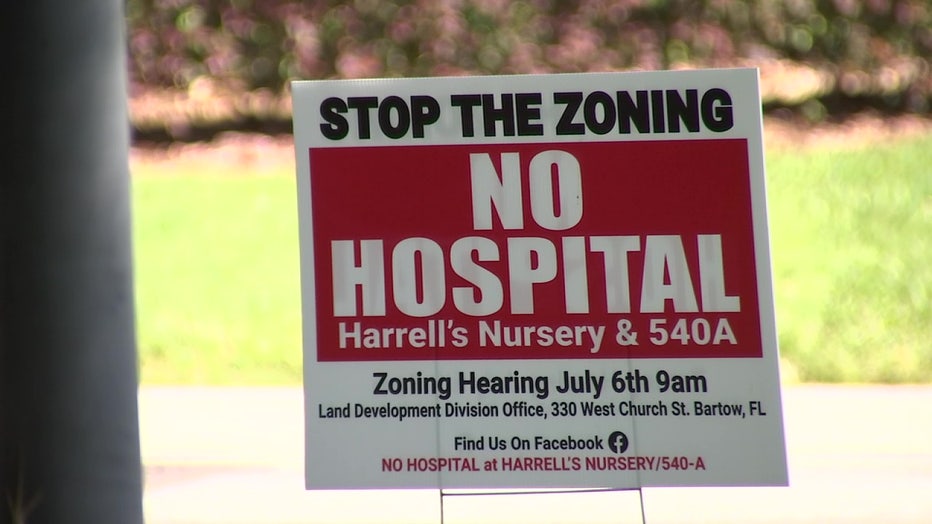 "While we do not have specific plans for this property at this time, we understand the community’s interest," wrote Debra McKell.

To build a hospital, HCA would need to have the zoning changed. There is a public hearing on the potential change on October 5. Residents plan to turn out in mass.

HCA bought the land from Polk Sheriff Grady Judd and others about a year ago.

He tells FOX he was unaware that HCA was the buyer because the chain was represented by an agent who did not reveal his client.