TAMPA, Fla. - Mary O’Connor was officially sworn in as Tampa’s 43rd Chief of Police at a special ceremony at Julian B. Lane Park.

Friday, O’Connor is just the second woman to ever hold the top position with the Tampa Police Department. Mayor Jane Castor, Tampa’s first female police chief, served with O’Connor for more than a decade at TPD.

O’Connor spent 22 years with TPD, rising to the rank of assistant chief before her retirement in 2016.

Her appointment, however, was perhaps the most contentious in the history of the department.

In early February, just two weeks after naming her top three candidates for the job, Mayor Castor announced she’d selected O’Connor as the next Chief.

Some of the biggest criticisms against her came from those who acknowledged they didn’t actually have an issue with O’Connor herself but instead felt left out of a selection process they say lacked transparency.

"I think the top issue is the process," said Tampa City Councilman Orlando Gudes, who voted against O’Connor’s approval.

The city of Tampa has announced its top three candidates for the police department's next chief. One currently holds the interim position, one served in TPD for more than two decades, and the third brings perspective from another big Florida city.

The debate over O’Connor’s appointment spanned multiple city council meetings. Several councilors said they felt they were treated like an afterthought.

"I wasn't here for it, but I hear the word transparency a lot. I was part of the process, but not from the background of it, if that makes sense," said O’Connor after last week’s council vote. "That’s the best I can do. I applied for a job. I went through the steps and I was offered the position."

O’Connor said she was taken aback by the amount of public outcry and personal attacks leveled at her in the weeks following the announcement.

"I didn’t think the last 35 days would be nearly as difficult as they have been for my family," O’Connor said after last Thursday’s confirmation vote. "This isn’t about me. I wanted to be here and I wanted to lead this department, but the attacks on me and how my family had to deal with it was the unfortunate situation. However, if I’m a good mother and I’m going to be a good role model to them I’m going to teach them to be strong and face adversity and never give up for something that you believe in." 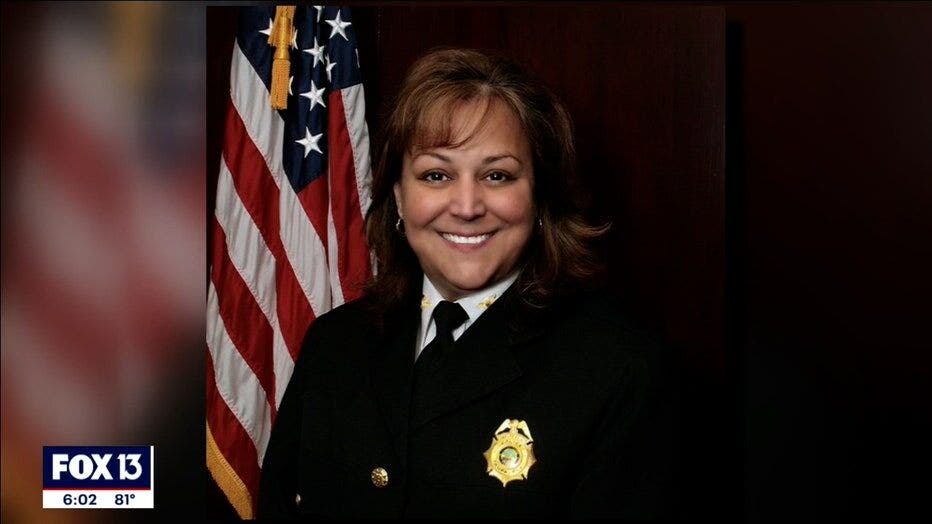 Her appointment as Tampa’s top cop also put the spotlight on an incident in her past that dates back nearly 30 years.

In 1995, O’Connor was arrested and charged with punching a Hillsborough County Deputy during a DUI stop involving her eventual husband, both were Tampa police officers at the time.

O’Connor was fired, then re-hired by the department one year later and went on to have a decorated career.

Some of the more than 50 citizens who signed up to speak before last week’s vote felt that incident made her unfit for the top role. Others said she’d received a second chance not given to many parts of the community, especially people of color.

"Tampa City Council, could someone please question the good ol’ boy network at TPD and ask the how they allowed a person advance her career after battery on a police officer?" said Hillsborough County NAACP President Yvette Lewis.

Many community members expressed frustration that interim chief Ruben "Butch" Delgado, who has deep ties to Tampa’s Hispanic community, had been passed over for the role.

"The bigger picture is the constituents and their concerns about the process in her past and about disadvantaged communities having an opportunity," said Gudes.

After hours of debate, council members narrowly approved O’Connor in a 6-2 vote.

Chief O’Connor says she‘ll work hard to win over her critics and looks forward to protecting and serving the Tampa community once again.

"I'm honored and humbled by this opportunity," said O’Connor. "I am so looking forward to serving this fine city and doing the good things that this department can do to bring this community together and work together to solve problems."