ST. PETERSBURG, Fla. - On a chilly Saturday afternoon, the line started to grow along the Vinoy Basin. It was almost time. For many, it's their first time on the Cross-Bay Ferry.

Soon the engines started to churn and the crew of the Provincetown III welcomed everyone aboard. Laura Manz was first in line.

"This is our third time on the Cross-Bay Ferry. We love it," she said. "Whenever we have company from out of town it's a great place."

The ferry is in its third year running -- and they're pretty close to bringing in another ship if it works out.

It's become a hit for crowds on both sides of the bay. Tampa and St. Petersburg city leaders have gone a long way to charm visitors and locals alike to their side. 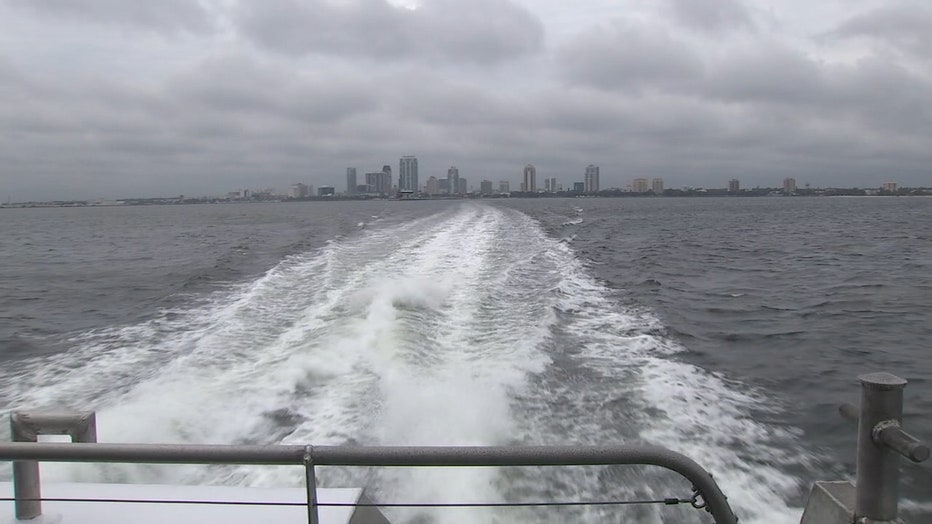 St. Petersburg has the bustling, beautiful Beach Drive. The Dali Museum is seeing more visitors than ever – and these days, people in the know take the people they know to Central Avenue and the Edge District.

All of it is accessible by water. So why not?

It's a cozy ride and bigger than you might expect. A twin-hull aluminum catamaran with a full-service bar and snacks. There are seats on the upper and lower deck.

It moves at a pretty good clip, about 30 knots. The ferry runs rain or shine.

The ship can hold 150 passengers and the inside seating area is the perfect place to relax and enjoy the 50-minute ride to the Tampa Convention Center. 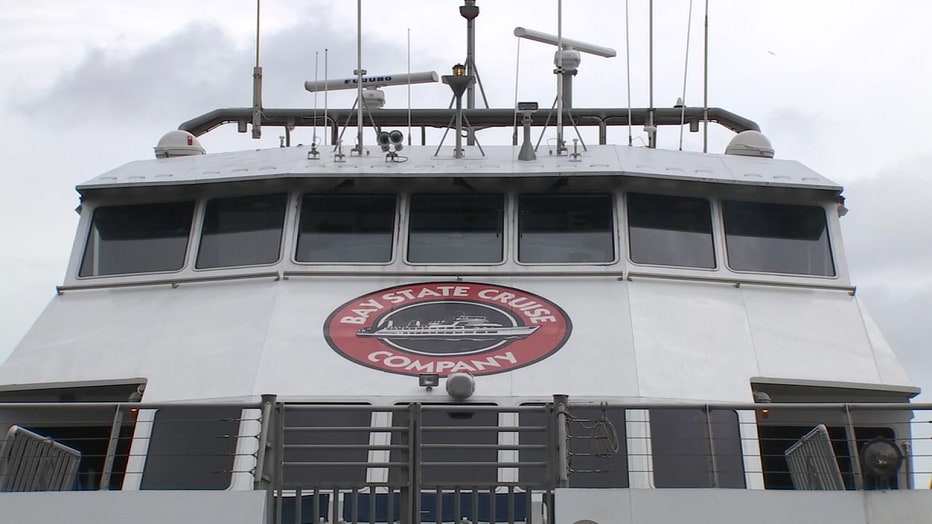 That's where people like Caitlyn Johnson and Marcel Gruber can be found grabbing a hot dog and beer.

"It feels just like a ballpark," Gruber said, laughing.

They just moved to St. Petersburg from Austin in July.

"Today we're heading over to Tampa because we haven't been there yet," Johnson said.

The young couple is part of the coveted demographic. New business owners contributing to an already blooming mom-and-pop shop operation. Gruber is opening a new bar on 23rd Street called The Par Bar.
He has a few real estate projects in the works. They're savvy travelers and they're loving the ride so far.

"I've taken ferries in New York and Seattle so it seems like a similar experience," Johnson said approvingly.

The ferry allowed them to also make their way to the Florida Aquarium. They love aquariums.

"We've been doing this across the nation and we've never been to this one, so it's kind of like a special event for us," said Gruber. 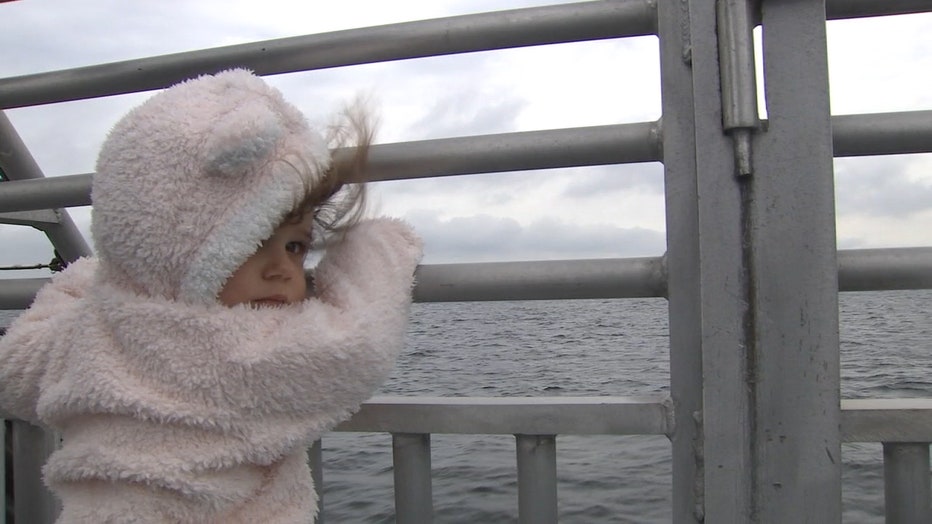 Tampa will be a fun run, but they say St. Pete is best -- that's their home. It's the kind of allegiance and rivalry that's a good thing. There was a time when the two sides didn't get along.

Mark Stone has lived in the area for the last 34 years and said he remembers those days.

"I guess they kissed and made up," he said. He has used the ferry and loves going to St. Pete.

"We're going to go to one of the restaurants on Beach Drive and have dinner,” Stone said on his most recent trip. “Then head to the Vinoy to have a drink on the porch.”

“She'll have a virgin Bloody Mary," Stone added, gesturing to his wife.

It's a time commitment to be sure. The ferry departs four times a day during peak times from each side. So you have to pay attention to the schedule, but it's affordable. It’s $8 each way. 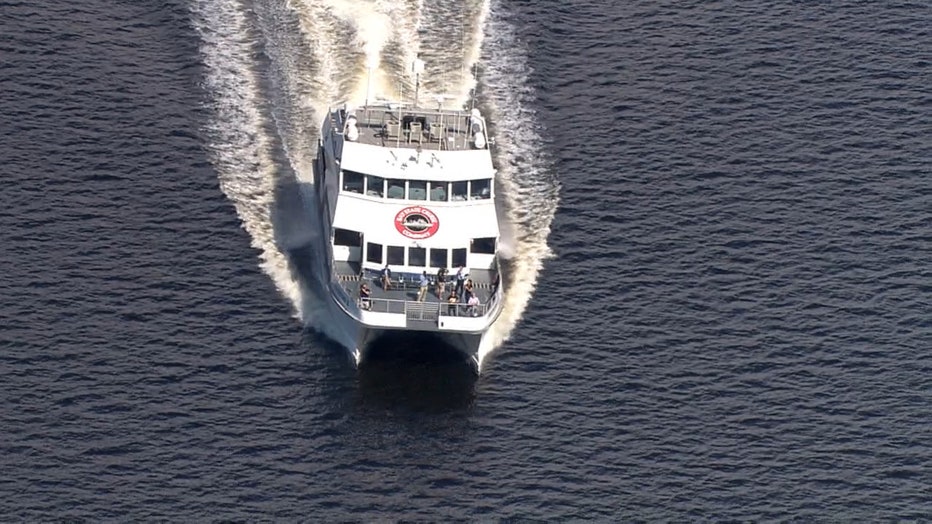 For Phil Dressel, he and his girlfriend recently headed over to St. Pete for a special memory.

"Just hang out there for the weekend. It's our three-year anniversary, he said, adding they've tried to ride the ferry a few times before, but it's been sold out.

Debbie Richie from Atlanta said she went on the ferry with her family.

"We're here for the weekend," she said, "My son moved here weeks ago and it's my second trip to Tampa and he said we were going to go on a taxi ride to St. Pete.”

She had no idea he meant this.

"I really thought it was going to be a small little shuttle. It was delightful, big, accommodating people playing cards at the table,” she said. “There were drinks, snacks. It was a very good experience.”

LINK: For more information, head over to the Cross-Bay Ferry website.