TAMPA (FOX 13) - The name of a school is not a topic that typically stirs controversy, or even provokes much thought - and it's usually an obvious association - the name of the town or an influential figure.

A school in Tampa, however, is named for a person with no local connections and many could not recognize from his photo, and that had us at FOX 13 News asking, "Why is James Buchanan Middle School named for the country's fifteenth president?"

A trip to the school seemed to prove the point. Many of the students did not seem to know much about the man whose name is on shirts they wear every day.

"I haven't really heard much," said student Sarah Roberts, when asked what she's learned about Buchanan. "[We learn about] Washington, Jefferson, all the people who signed the Constitution and the Declaration of Independence."

Who could blame her?

James Buchanan of Pennsylvania, elected our fifteenth president in 1856, is certainly no Washington, Lincoln or Kennedy. And according to a new book by author Robert Strauss, Buchanan was the "Worst. President. Ever."

"His character flaw was mostly that he didn't have an idea of what to do," said Strauss.

It's a reputation earned by his support for the Fugitive Slave Act and failure to avert the Civil War.

When they learned a middle school is named for him in Florida - a state Strauss says Buchanan never visited, a state that seceded while he was president - those who still manage his home in Pennsylvania were stunned.

"I am kind of amazed his name has been used as far afield as that," said the director of his Wheatland Home, Patrick Clarke.

The origin of the school's name is as much a mystery to parents and students as it is to the principal, Scott Hilgenberg.

"You're the first one to ask me," Hilgenberg said when asked about the name. "This year, 2015-16, we are having a great year, we are a B [grade] this year, first time in seven years, we are honing in on the B grade, rather than the James Buchanan."

Nationwide we found 29 schools are named for James Buchanan. Sixteen are in counties or towns named while he was president or for contributions he made as a senator. Six are in districts that name most of their schools for presidents. Five are in his home state. One in Los Angeles is on a street next to a Lincoln, who directly followed Buchanan into office.

The only one that defies easy explanation is the one in Tampa.

"From looking at our research, from looking at our board minutes, there is nothing that would say why they named it for Buchanan," said Tanya Arja, the director of media relations for the Hillsborough County School District. "It seems to follow in line with the tradition of the time, that schools in Hillsborough County were named for presidents or notable figures in history."

Indeed, the district showed us the minutes from the 1961 meeting where the school was named. There is no explanation as to why board member Frank Henderson made the motion, other than he also named a school for Van Buren, another relatively obscure president.

His son, Frank M. Henderson, Jr., told us his dad was not a presidential history buff, and left behind no clues that answer "Why Buchanan?"

But he's proud his dad's mark is felt in unique ways.

"He would come home at midnight, every Tuesday night, so that was a good indication of his dedication of being on the board," Henderson recalled.

Does Buchanan deserve the honor?

Even Robert Strauss said, as one of 43 presidents, they deserve to be remembered, even if their values don't hold true today.

"What you can aspire to be is learn from Buchanan's mistakes," said Strauss. "And not be him."

Indeed, Buchanan is so written to the back pages of history, he isn't even symbolic of failure. In this case, a name really is just a name.

"I haven't seen any schools change [names] in my 28 years here," said Hilgenberg. "I would say yes, it is probably going to be James Buchanan in 2016-17 and if I retire in 10 years, it will probably still be 10 years from now." 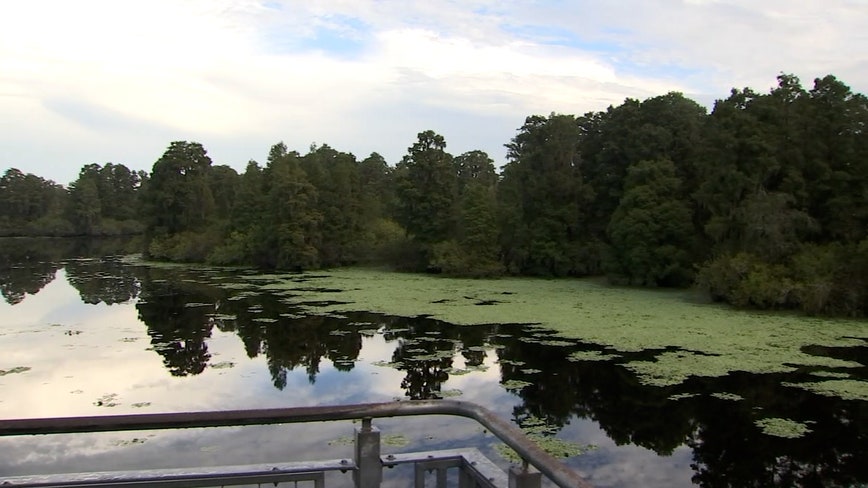